Hull vs West Brom: Check out our betting tips

Steve Bruce might be coming under early pressure at West Brom but Hull fans will have fond memories of him. Can the former Tigers boss grab his first Baggies win against his old side? Find out with our Hull vs West Brom match preview with free tips, predictions and odds mentioned along the way.

A first win of the season for Bruce

It would be the worlds biggest understatement to say things have not played out as expected at West Brom since Steve Bruce took the top job; in his five games in charge they've not won any and have only managed to avoid defeat in one. Here we think they'll grab a first win against a fairly weak Hull side. Hull, who won against bottom club Peterborough last time out, had been on a poor run prior to that having gone winless in six. The Tigers have also lost their last three home games. West Brom are not in form but they do have a good record against Hull having won the last four times they've met; that's a big part of our logic for thinking Bruce's boys will take maximum points.

Our next tip for this game is that at least one side will fail to score; it is perhaps a reflection of neither being particularly good right now. Hull have seen four of their last five end with at least one ‘nil' in the final score line; they've blanked three times whilst keeping two clean sheets. West Brom meanwhile have a similar record with just one of their last five seeing both teams score. The Baggies have failed to score in four of those games whilst keeping it tight at the back once, which came as they drew 0-0 with Blackburn. Three of the last five head to heads between the sides have seen clean sheets for someone as well.

Steve Bruce is only five games into his West Brom job and already people are questioning how safe he is. A trip to Hull will remind the Tigers boss of happier times but he won't be getting any favours. Their new gaffer, Shota Arveladze, could do with some points too.

To outsiders, Hull are having a troublesome campaign as they sit down in 19th position in the Championship. In reality though, their win over Peterborough last time out makes them all but safe; that's a big achievement. Can they grab another win here too keep the feel good factor building?

Steve Bruce was supposed to be massaging West Brom's quality players into a promotion fight. They are now in the bottom half. If Bruce loses – or even fails to win – here then serious question marks over his position will arise. Can his players deliver? 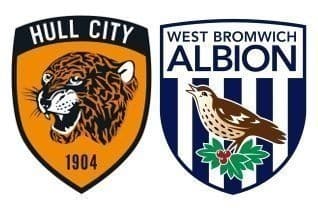