There was a time when things were looking up for Middlesbrough but it's hard to remember exactly when that was now as they're five games without a win. Can they get back on the winning trail here? Find out with our Huddersfield vs Middlesbrough match preview with free tips, predictions and odds mentioned along the way.

*Odds were correct at the time of writing and are subject to change.

Huddersfield might have lost two of their last three games but they've had a couple of decent results in their last five games as well with a notable win over West Brom coming just last weekend. It's those glimpses that make us back them to win this match. The fact that Middlesbrough haven't won in five is further evidence of why Huddersfield are the favourites for this game. Boro saw a real uplift of fortunes immediately after changing manager but with two points form the last 15 available suggests it wasn't the manager after all.

A game without loads of goals

Next up in our selection of tips is an under 2.5 goals prediction from the total goals market. Four of Huddersfield's last five games have ended south of the 2.5 cut off including their last two. Middlesbrough have seen two of their last five go over the cut off. It means both sides have seen the majority of their recent matches finish on the lower scoring side and two of the last three meetings between these sides at Huddersfield's ground have also ended with fewer than three goals in them.

We don't see both teams scoring

Our final tip for this match is that both teams will not score. Huddersfield have seen their last four home matches contain a ‘nil' within the score line with the Terriers keeping a clean sheet in all of those four games. Middlesbrough's away form also shows that the ‘no' choice in this betting market is the wise option; three of their last five away games have ended with at least one side blanking. On two of those occasions, it was Boro that failed to find the back of the net.

Find the best odds for Huddersfield vs Middlesbrough

Huddersfield aren't in amazing form but the Championship is chock full of inconsistencies and, as such, they remain very much in the playoff hunt. They have a rather toothless attack in comparison to those around them but if Danny Ward can start bagging a couple of goals they'll be right back in the top six picture. Middlesbrough won't be making the playoffs but won't be going down either; at this stage of the season that is the epitome of boring – much like they're games. Matt Crooks is their man to watch and is one of few who can excite. 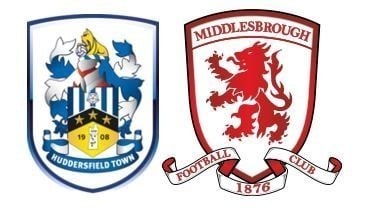