Top free betting tips and odds for Hoffenheim vs Stuttgart

Hoffenheim recorded their second successive victory at the expense of struggling Wolfsburg last weekend. They will hope to kickstart Round 24 of Bundesliga action similarly as Stuttgart visit them at the PreZero Arena.

Hoffenheim vs Stuttgart to Win

Stuttgart earned the bragging rights in the reverse fixture and it is time for Hoffenheim to pay them back. While the Swabians are struggling in relegation slots, Die Kraichgauer have UEFA Champions League qualification in their sights. They have won their last two matches and will be looking to pile on Stuttgart's miseries who are winless in eight competitive fixtures.

After stuttering in recent weeks, Sebastian Hoeness returned normalcy at the PreZero Arena dugout. Even in their woeful days, Die Kraichgauer continued to score and we expect them to keep the trend alive against the struggling Stuttgart. It would be remiss to cancel out the Swabian's scoring chances who have sent five past their rivals in their last three outings. With Hoffenheim conceding eight goals in their last five outings, expect their defence to concede at least once in this meeting.

Hoffenheim vs Stuttgart: Check out the best odds and the latest stats

Hoffenheim vs Stuttgart: Check out the team lineups

There will be calm at the PreZeroa Arena against as Hoffenheim takes on the challenge of Stuttgart in Round 24. Before their successive victories over Arminia Bielefeld and Wolfsburg, Die Kraichgauer had lost four matches in succession. The poor form raised concerns about them losing track of top-four. They have since rallied back spectacularly and sit outside the Champions League qualifying slots due to their poor goal difference when compared to RB Leipzig.

There is doom and gloom around the Mercedes Benz Arena and with good reason. Stuttgart have continued on their downward slop and there is no stopping their poor form. As it stands, they have the worst form in the German top-flight football with even Greuther Furth accumulating more points than them. However, they have shown more resistance in recent weeks with five goals in three outings but on each occasion have been let down by their backline.

Questions About Hoffenheim vs Stuttgart 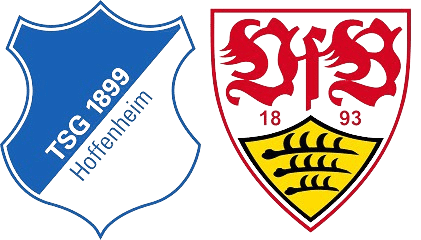 Where is the game being televised? Arena 4 , DAZN Deutsch, Sky Sports Football (UK/Irl) , and Viaplay.