Hibernian look to end a horrendous run against Hearts when they welcome Robbie Neilson’s team to the Easter Road Stadium this weekend. This Scottish Premiership game is scheduled on August 7, 2022.

Hibernian started the new season positively with a 1-0 win over St Johnstone. Hearts also picked up a win with a 2-1 success over Ross County.

Hibernian had to thank a late goal in the win over St Johnstone while they also played against 10 men for the last few minutes of the game. In the absence of such favourable situations, Hibernian could have easily struggled to get anything out of the match. Hearts produce a decent performance to beat Ross County at home, and they have avoided a defeat at the Easter Road Stadium in six consecutive visits.

There were less than a few chances for Hibernian in the game against St Johnstone and the upcoming match is expected to be no different. Hearts have averaged only around a goal per game in recent six visits to the Easter Road Stadium.

Hibernian vs Hearts: Can Hearts continue excellent run against Hibs?

Hibernian finished in a disappointing spot last season and manager Lee Johnson has been immensely helped with the late win over St Johnstone with regards to building momentum in the squad. Once Lee Johnson manages to get many of the key players from the treatment table, one can expect Hibernian to move up the ladder.

Hearts have started the season with expectations of pushing further and trying to secure European spots on a regular basis. However, Hearts are expected to face a lot of challenges when trying to match last season’s third-place finish, as other teams are expected to improve. The Tynecastle club have been very consistent especially at home.

Hearts: Hearts manager Robbie Neilson comes into the game without the services of Beni Baningime, who is out with a cruciate ligament injury, while Stephen Kingsley has a neck injury.

Top Scottish Premier League Stats ahead of Hibernian vs Hearts

Questions about Hibernian vs Hearts 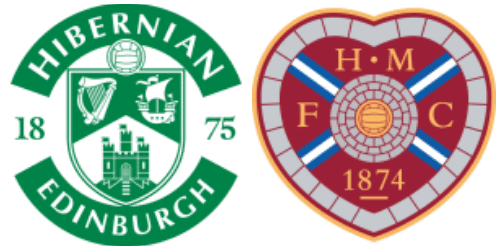 Where is the match scheduled? Easter Road Stadium

Which team is the favourite to win? Hibernian