Hertha Berlin and Schalke clash at the Olympiastadion Berlin in the Bundesliga on Sunday, October 23rd. Can Schalke avoid another heavy defeat when they visit the capital this weekend? Read our free predictions and find the latest odds for the fixture below in our detailed match preview.

Schalke have lost four games on the trot in league and cup as they prepare to take on Hertha Berlin in the Bundesliga on Sunday. Read our top predictions for this weekend’s fixture below.

Hertha Berlin have drawn four and lost one of their last five Bundesliga assignments, though there were positives for Die Alte Dame to take from a run of tricky games against tough opponents. A home meeting with struggling Schalke is a fixture with a more winnable look, however, and Hertha will expect to land the victory that some of their recent performances have deserved. Schalke have lost each of their last four Bundesliga matches and with their self-belief looking fragile, we recommend opposing them on Sunday.

Hertha managed to score four times in their last two Bundesliga games without finding a way to win and they can put their cutting edge to better use on Sunday against a weak Schalke outfit in Berlin. Relegation candidates Schalke conceded an alarming ten goals in their last three league matches alone and the brittleness of their backline suggests we should expect more action this weekend. With those factors aligned, backing over 2.5 goals feels like the way to go.

Top Betting Odds and Stats for Hertha Berlin vs Schalke

Check out our list of the best stats for Sunday’s fixture below alongside a tool to help you choose the most attractive odds.

Read all of the latest injury updates and team news for Sunday’s Bundesliga contest between Hertha Berlin and Schalke below.

Filip Uremovic is out for Hertha at present as is midfielder Jean-Paul Boetius. Further forward, Jessic Ngankam and Kelian Nsona are both on the sidelines too. Die Alte Dame gave a good account of themselves against RB Leipzig (3-2) last weekend and they almost fought back to earn a point.

Defenders Leo Greiml, Sepp van den Berg, Ibrahima Cisse and Marcin Kaminski are all in the treatment room for Schalke currently, as is midfielder Rodrigo Zalazar. Schalke were well-beaten at home by Hoffenheim (0-3) last weekend and relegation fears are starting to heighten at the club again. 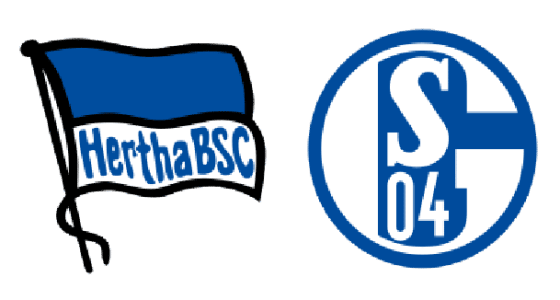 Hertha Berlin are favourites to win on Sunday, according to the bookmakers.

Check out our table of odds above to find some of the best odds for Sunday’s fixture.