Hammarby could move into the top two if they secure a home win against Goteborg on Monday as long as results elsewhere go in their favour. The visitors only sit a point behind Hammarby in the Allsvenskan table but head into this game as big underdogs with the bookmakers.

We're backing this game to end in a draw as both teams have been very evenly matched in the Allsvenskan this season. Two of the pair's last four league meetings have ended in draws, which is another reason why we can see these two teams cancelling one another out. Hammarby have failed to win any of their last three competitive matches and are without two regular starters on Monday due to suspension. Goteborg have won their last three league games and look full of confidence right now so should be able to match Hammarby in all departments.

We're not expecting this game to produce a lot of goals as three of the pair's last five competitive and non-competitive encounters have produced under 2.5 goals. Under 2.5 goals have also been scored in three of Hammarby's and three of Goteborg's last six outings in all competitions, adding further weight to our prediction for Monday's Allsvenskan clash.

Everything you need to know about Hammarby vs Goteborg

Hammarby faced a tough trip to Djurgarden last weekend but gave a good account of themselves during the 90-minutes. In the end though, despite holding their hosts to a goalless first half, a solitary effort from Wikheim in the 68th-minute proved enough for Djurgarden to pitch all 3pts. Despite that result, Hammarby remain in the title race and a win this weekend could see them close the gap on top of the table Hacken to just 1pt.

Goteborg made light work of Degerfors last time out as veteran striker Berg scored two goals in the first half, both assisted by Norlin, which proved more than enough to win the game. Goteborg are in the midst of a winning streak right now and will be hoping to continue that run away at one of their rivals for the European places, Hammarby.

Hammarby: Edvin Kurtulus and Loret Sadiku are suspended, while Oliver Dovin and Jon Gudni Fjoluson could miss the game through injury.

IFK Goteborg: the visitors have no fresh injury concerns or suspended players ahead of the trip to Hammarby. 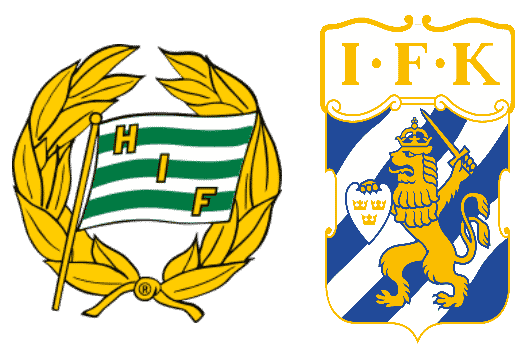