One of the more exciting matches in the second round of La Liga will be the Granada vs Valencia duel. With that in mind, we have prepared an in-depth preview of the match for you.

Our best free betting predictions for Granada vs Valencia

If you are struggling to decide on the bet for the Granada vs Valencia duel, check some of our best betting tips for this game:

Four of the last five matches between Granada and Valencia have ended with a win for the home team, so we expect to see the same in their upcoming duel. In addition to this, Granada had a much better last season than Valencia last year and many would agree that they are simply the better team. So, our prediction for this match is for Granada to win.

Both teams have scored in the last four h2h meetings between Granada and Valencia, so there's no reason to expect something else in this game. That being said, the first round of La Liga for both teams ended without both teams scoring, but we will chalk that up to teams still looking for their groove at the start of the new season.

Four previous duels between these two teams have bone over 2.5 total goals, so it's safe to assume that we will see another high-scoring game between Granada and Valencia this weekend. On the other hand, we've only seen one goal in both games played by these teams in the first round, but we still believe in our prediction.

Top odds and useful stats for Granada vs Valencia

If you are trying to bet on the best odds for Granada vs Valencia, check our selection of odds from the top betting websites in the UK:

Granada vs Valencia preview: Can Valencia win two in a row?

In their first-ever appearance in European competitions last season, Granada managed to reach the semi-finals of Europa League. This huge success however cost them a better placement in the league and the team ended the season in the 9th place. Granada started the new season with a scoreless draw at Villarreal, which is a good result. Also, the team is free of any injuries or personnel issues at the moment.

The Bats will certainly look to improve on their disappointing last season in which they finished in the 13th place in the standings and the team has started the new season with that in mind since they managed to get a 1-0 win over Getafe in the first round. Unfortunately, the team is dealing with a lot of injuries and suspensions at the moment, so it's going to be very hard for Valencia to get a positive result in their next game.

Frequent questions for Granada vs Valencia 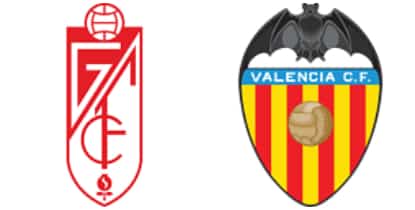