The last game of the round in La Liga is the Granada vs Sevilla duel, a match that could turn out to be very interesting. So, let's take a closer look at this game and what we can expect to happen.

Our free betting tips and predictions for Granada vs Sevilla

If you need some help to find the right bet for the Villarreal vs Real Betis duel, check our free betting predictions for this match:

The two teams enter this game in completely different moods – while Granada is struggling and still waiting for their first win, Sevilla is sitting in third place in the standings, three points behind the very top. So, it's clear why Sevilla is the favourite in this game and why our prediction is for Sevilla to beat Granada, just like they did in three of their last four meetings.

Two of the last five head-to-head duels between Granada and Sevilla have gone over 2.5 total goals, which isn't exactly encouraging for our prediction. Also, Granada averaged 2.43 goals per game so far in La Liga, while Sevilla averaged 2.00 goals per game this season, so this game could go either way. However, we have a feeling that we'll see at least three goals in this match and sometimes you have to go with your gut.

Rafa Mir to Score at Any Time

Since we expect Sevilla to win and we expect to see some goals in this game, it's logical to bet on our top choice of a player to score a goal. That would be Rafa Mir since En-Nesyri is out with an injury and Mir has been doing well as his top replacement up front. The striker already scored twice in La Liga this season and we epxect him to add to his tally against Granada.

The latest odds and stats for Granada vs Sevilla

If you are looking for the best Granada vs Sevilla odds, you've come to the right place. Check our selection of odds right here:

Granada vs Sevilla preview: Can Granada put up a fight?

With three draws and four losses at the start of the season, Granada is one of only three teams in La Liga that still didn't taste the sweet taste of victory. And now they are hosting Sevilla, one of the teams in the best form in the league at the moment, so it's likely that they will have to wait further still to finally celebrate a win. Duarte, Eteki, Maximiano and Gonalons are out with injuries, while Lozano is listed as questionable ahead of this game.

The new season for Sevilla is going great at the moment since they are still undefeated since the season started, in all competitions. In La Liga, the team has four wins and two draws, sitting right behind Real Madrid and Real Sociedad in the standings. Meanwhile, Sevilla drew twice in the first two matches of their Champions League group. En-Nesyri and Delaney are out with injuries, while Acuna is still questionable for the game with Granada.

The most frequent questions for Granada vs Sevilla 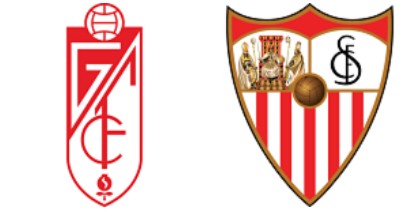