The Granada vs Barcelona duel in the upcoming round of La Liga should be an exciting one. With that in mind, we have prepared a detailed preview of this game just for you.

Our best Granada vs Barcelona betting predictions and picks

If you are looking for free La Liga betting tips, including our tips for Granada vs Barcelona, you've come to the right place:

Three of the last five head-to-head duels between Granada and Barcelona have gone over 2.5 total goals and we expect the same thing to happen on Saturday.

Both teams have scored in the last three h2h meetings between Granada and Barcelona and we expect that trend to continue in their upcoming duel too.

Furthermore, both teams have scored in 63% of all Granada games in La Liga this season, while the same is true for 63% of all Barcelona matches in the league as well.

The best odds, stats, and more for Granada vs Barcelona

You don't have to spend a lot of time looking for the best Granada vs Barcelona odds – you can find them all on our website:

Team news, form, and possible lineups for Granada vs Barcelona

Both teams have done well recently, so we expect to see an interesting match. Here's a closer look at both teams ahead of their duel:

After a poor start of the season, Granada once again looks like a team that reached the semi-finals of Europa League last season. In the last six games in La Liga, Granada has three wins and three draws and the team has climbed up to 13th place in the standings after spending more than a few weeks in the relegation zone.

Once again, Granada will be without Lozano and Arias due to injuries, while Sanchez, Rochina, and Soro remain doubtful due to their recent positive COVID-19 tests.

It seems that things are finally coming together at Barcelona since the team has climbed up to the fifth spot in the league with three wins, two draws, and one loss in the last six games. In addition to this, Barcelona also secured a spot in the Top 16 of Copa del Rey a few days ago, so Blaugrana certainly seems to be heading in the right direction after their poor form earlier in the season.

Barcelona is still dealing with many absences, as they did the entire season. Braithwaite, Roberto, Pedri, Araujo, and de Jong are out with injuries, while Depay and Fati could be back, but are still questionable. Coutinho, Umtiti, Lenglet, Gavi, Balde, Dest, and Ezzalzouli are under doubt unless they can test negative for coronavirus before the game.

The most common questions for Granada vs Barcelona 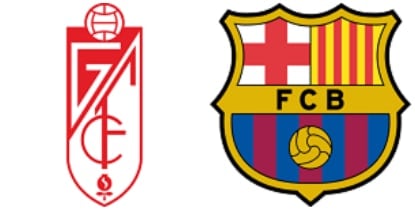