The Atletico Madrid vs Granada duel in the upcoming round of La Liga might sound like it's already decided, but we've seen many interesting and surprising results this season. So, here's our preview of the game, along with some free betting tips.

Our best Atletico Madrid vs Granada betting tips and picks

If you are searching for free La Liga betting predictions, including our tips for Atletico Madrid vs Granada, you've come to the right place:

Atletico Madrid to Win with Handicap (-1)

With five wins in the last six games in the league, Atletico Madrid is clearly in good form and they need to keep that form going if they want to secure a place in the Champions League next season.

Meanwhile, Granada also needs points to stay alive in the race against relegation, so both teams will enter this game with huge motives. Still, Atletico is the reigning champion and they will host the game, so we expect them to beat Granada by two or more goals.

The last three head-to-head meetings between Atletico Madrid and Granada have gone over 2.5 total goals and we can see that being the case again in this game.

The latest odds and key stats for Atletico Madrid vs Granada

If you want to bet on the best Atletico Madrid vs Granada odds, check our selection of odds taken from different UK betting sites:

Unsurprisingly, the home team is in better form than the guests ahead of this game, but that might not mean much in this duel. So, let's take a look at both teams before their meeting:

Just a week ago, Atletico Madrid suffered a tough loss in the two-legged matchup against Man City in the Champions League, so now they can only focus on La Liga and secure a Top 4 finish this season. The team is in good form with five wins in the last six games and they are currently fourth in the standings.

The team will be without Geoffrey Kondogbia in the upcoming game since he has to serve a suspension, and the same goes for Felipa. Meanwhile, Jose Gimenez could miss another game through injury.

This season has been full of highs and lows for Granada, although the lows seem to be more prevailing since the team is in the midst of the fight against relegation. At the moment, Granada is just one point ahead of the first team in the relegation zone and they are not in the best of forms with one win in the last six games.

Torrente, Lozano, Aries, and Rochina are all injured and they will likely miss the next game, while German Sanchez is suspended and will have to watch the game from the sidelines. 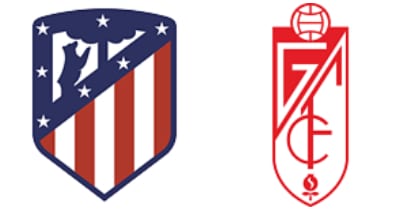