The first game of the upcoming La Liga round is scheduled for Friday and it's the Granada vs Alaves duel. So, check our preview of this game to learn more about it.

Our latest Granada vs Alaves betting predictions and tips

If you want to check our free La Liga betting tips, including the best predictions for Osasuna vs Elche, you've come to the right place:

Granada and Alaves to Draw

The difference between Granada and Alaves in La Liga standings is just two points at the moment, so we expect this to be a very close and exciting match.

We also don't see who can take the win here since both teams are in similar forms. Granada is the better team on paper and they are playing at home, but Alaves had much better results lately. So, our prediction for this match is a draw.

Four of the previous five head-to-head duels between Granada and Alaves have gone over 2.5 total goals, so we expect to see another high-scoring duel between them.

Since we expect to see at least three goals in this game, we also expect both teams to score, which happened in three of the previous five h2h meetings between Granada and Alaves.

Furthermore, both teams have scored in 57% of all Granada matches in La Liga until now, although the same is true for just 37% of all Alaves games in the league this season.

The latest odds and stats for Granada vs Alaves

If you wish to bet on the top Granada vs Alaves odds, check our list of odds from various bookmakers in the UK:

After fourteen rounds in La Liga, Granada is struggling to keep up and they are currently at the same number of points as the first team in the relegation zone. In the last six games, Granada has one win, three draws, and two losses, so they aren't in good form at the moment either. But the bigger problem for the team right now is their extensive injury list, with six players due to miss the upcoming match for that reason.

The last few weeks in La Liga have been good for Alaves, who managed to overcome their horrendous start of the season and climb up the standings to get out of the relegation zone. In the last six games, Alaves has three wins, two draws, and just one loss, which is enough to put them in the fifteenth place and two points away from the first team in the relegation zone. Navarro will miss the next game with an injury, while Duarte is serving a suspension. 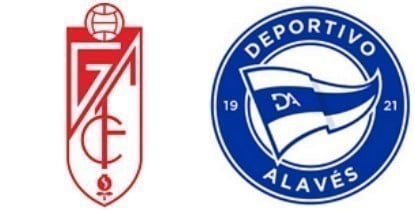