The first game of La Liga scheduled for Sunday, May 22nd is the Elche vs Getafe duel. Not the most anticipated match in the last round, but it could still be an interesting one and we have a prepared a preview of the game just for you.

Our free Elche vs Getafe betting tips and predictions

If you need some help to find the right bet for the Elche vs Getafe duel, check our favourite tips for this match:

Elche and Getafe to Draw

Both teams are safe from relegation ahead of the last round and they are at the same number of points, so we expect a pretty close duel between Elche and Getafe.

In fact, since this is basically a friendly game for these teams, we can see them being perfectly happy with a draw. After all, there's no reason for them to fight too hard for a win.

Elche and Getafe to Draw at Half Time

Since we expect a quiet and close match that we feel is bound to end in a draw, we can also see Elche and Getafe being tied at half time as well, as is often the case.

Furthermore, Elche and Getafe drew at half time in there of their last five head-to-head duels, so we won't be surprised if that is the case once again in this game.

The latest stats and odds for Elche vs Getafe

If you are looking for the best odds for Elche vs Getafe, you can check them all out right here, on our website:

While these two teams are safe and sound from relegation, we can still see an interesting duel. So, here's a closer look at both teams:

After the results of last round, Elche is now officially out of any relegation worry and they will be playing in La Liga next season for sure. That being said, the team lost three games in a row and that is certainly not a pleasant sight to see for their fans, so we can expect them pushing their team to a positive result in the last round of the season.

Meanwhile, Lucas Boye, Fidel, Johan Mojica, and Gonzalo Verdu are all on the team's injury list and they will likely miss the last game against Getafe.

Just like their opponents in the last round of the season, Getafe is at the same number of points and safe from relegation after they struggled in and around the relegation zone for most of the season. However, the team is without a loss in the last five games, four of which were draws, so they are ending the season on a good run.

When it comes to team news, Erick Cabaco and Jaime Mata are out with injuries. Also, Stefan Mitrovic will miss the game to serve a suspension.

The most frequent questions for Elche vs Getafe 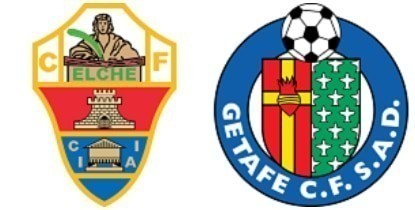