Top free betting tips and odds for Augsburg vs Furth

Greuther Furth bid farewell to the Bundesliga against Augsburg at WWK Arena. Both teams follow the winless sequence ahead of this game and will want to finish on a high after a tough 2021/22 campaign.

Augsburg to profit from Furth's miseries

Augsburg has lost four of the last five Bundesliga games, winning the remaining one. While Greuther Furth are making turns of defeats and draws in the recent attempts, struggling for a league victory from the last 11 outings. So we can expect equal competition in this duel. However, Fuggerstadter has been dominant in the H2Hs, winning three of the last four. So predict Augsburg to fancy their chances in the home advantage this time again.

The hosts have lagged in many of the recent attempts but have succeeded to get a score in four of the previous five home duels. On the other hand, Cloverleaves failed to score in two of the previous three away outings. Furth has also been unable to score in three of the last four H2Hs. Given this, we don’t see both teams contributing to a BTTS outcome.

Augsburg vs Furth: Check out the best odds and the latest stats

Augsburg vs Furth: Check out the team lineups

Fuggerstadter got hammered with a 4-0 in the previous game against Leipzig and lost their third of the last four away outings. Augsburg are sure to play the next season of Bundesliga, standing at fourteenth place with five points lead from the relegation area. The team boss Markus Weinzierl will have two unavailable players in the squad due to fitness concerns.

Cloverleaves equalised the lead in the second half but lost 1-3 at the end in the previous game at home against Dortmund. Furth will end their campaign of Bundesliga 2021-22 at the last of the table, having only 18 points in 33 attempts. Robin Kehr and two other players in the team will miss out on the game due to medical concerns.

Questions About Augsburg vs Furth 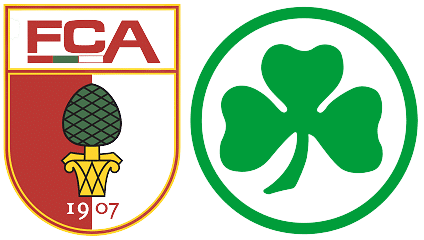