Top free betting tips and odds for Freiburg vs Monchengladbach

Off the back of three consecutive victories, Freiburg takes on the challenge of Monchengladbach at home on Saturday, 23 April. The Colts arrive in Europa-Park Stadion after a home defeat and will want to get back to winning ways.

Similar to the next rivals, Monchengladbach have also secured three wins in the last five games. The Prussians have also got the back of successive two away victories. However, Freiburg also registered three winnings in the last four home duels. Moreover, Breisgau-Brasilianer are also undefeated in all of the last five H2Hs at home, winning four of them. So it promises to be an exciting duel but we set our prediction of victory in the favour of Freiburg.

Goals at both ends of Europa-Park Stadion

Freiburg are scoring from the last four games of different competitions and appeared fully prepared in the home game, following a long streak of scoring at home. The Prussians have also rattled the net in all of the recent seven Bundesliga outings. In the H2Hs, three of the last five meetings featured both teams on the scoring side at the same time. So we would be looking for another BTTS outcome here in this match.

Freiburg vs Monchengladbach: Check out the best odds and the latest stats

Freiburg vs Monchengladbach: Check out the team lineups

Breisgau-Brasilianer booked their place in the DFB-Pokal Finals in the last game by defeating Hamburg by 1-3, scoring all three goals in the first half. Freiburg are also only one point behind the top four, standing at fifth with 51 points. Yannik Keitel and Kevin Schade will not be able to play the coming game due to fitness issues.

The Colts terminated their winless streak of four league outings in the previous game and lost 1-3 at home against Koln. With the help of ten wins and seven draws, Monchengladbach are eleventh in the points table. There is no injury concern in the team but Marvin Friedrich will be absent from this game due to coronavirus.

Questions About Freiburg vs Monchengladbach 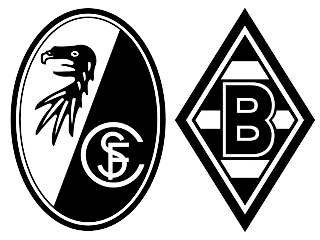