Bayern Munich hope to avoid a third consecutive loss against Frankfurt when they travel to the Deutsche Bank Park this weekend.

Frankfurt’s poor form continued with the team losing 1-0 to Cologne, who broke the deadlock in the 84th minute through Modeste. Bayern Munich fell to a first-half goal from Furth before recovering and going on to win the game 4-1. Lewandowski came up with a brace in this match.

Bayern are fast approaching the landmark tally of 100 league goals. The champions have already been able to get 74 league goals in just 23 games so far this season. Frankfurt might have averaged only around a goal per game, but the presence of Bayern significantly changes the entertainment in this game. There have been over 3.5 goals in three of the last six meetings between these two clubs.

Robert Lewandowski has a sensational against Frankfurt after managing 16 goals in 23 appearances against this club. In fact, he has failed to score in this one of the last six appearances against Frankfurt. Lewandowski has been able to open the scoring from Bayern in two of last three games. After having scored 28 goals in just 23 league appearances, the 33-year-old looks well on course to beat tally of 41 league goals.

Frankfurt vs Bayern Munich: Check out the best odds and the latest stats

Frankfurt vs Bayern Munich: Check out the team lineups

Frankfurt have Kristijan Jakic unavailable due to suspension, while Ragnar Ache is ruled out for multiple weeks due to a muscle problem. Diant Ramaj is currently out with a knee injury. Martin Hinteregger will undergo a late fitness test to decide his participation.

Julian Nagelsmann has some big decisions to make due to injuries and suspensions. Manuel Neuer will be out for six weeks due to a knee injury, but Kingsley Coman is close to come back. Corentin Tolisso will be out for around three weeks, while Leon Goretka is close to return. Thomas Muller will be unavailable after testing positive.

Questions About Frankfurt vs Bayern Munich 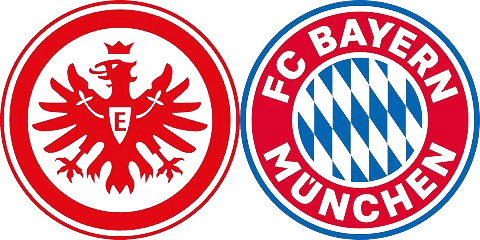 Who won the last h2h? 2-1 in favour of Frankfurt vs Bayern Munich.

Where is the game being televised? Sky Bundesliga

Where is the game being played? Deutsche Bank Park.