The last game of the upcoming La Liga round is the Rayo Vallecano vs Elche duel. With that in mind, check our preview of this game and our free betting predictions.

Our Favourite Rayo Vallecano vs Elche Betting Picks and Tips

If you can't seem to find the right bet for Rayo Vallecano vs Elche, check our top betting tips for this duel:

While the home team started the new season with seven points from six games, the guests only managed one point so far and they are currently sitting in the last place.

With that in mind, we expect Rayo Vallecano to win this game. After all, they are the better team on paper and they are hosting the match, so we are pretty confident in their chances.

Three of the previous five h2h meetings between Rayo Vallecano and Elche have gone over 2.5 total goals and we can see that being the case on Monday as well.

The Latest Odds and Stats for Rayo Vallecano vs Elche

If you want to place a bet on the best Rayo Vallecano vs Elche odds, check our list of odds taken from the top UK betting sites:

The two teams are very close to each other in the standings, so this can be a very exciting game. Let's take a closer look at both teams:

With seven points from their first six games in the new La Liga season, Rayo Vallecano currently sits in the fourteenth place in the standings, still relatively at a safe distance from the relegation zone, at least at this point in the season. In any case, the team has been a bit inconsistent so far, but their ambitions are once again staying up, so they are on the right track to achieve this.

Meanwhile, Rayo Vallecano will be without Salvi Sanchez, Andras Martin, and Pep Chavarria through injuries.

It's been a rough start of the new season in La Liga for Elche, who have been struggling so far. After all, the team has one draw and five losses in the first six rounds, so they are currently in the last place in the standings. It's way too early in the season for panic, but their fans have to be worried already due to the team's poor performances.

Elche is also currently without Omar Mascarell, Pedro Bigas, and Fidel through injuries, while Gonzalo Verdu is out through suspension. 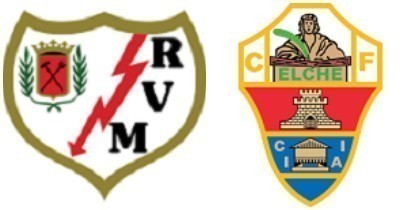