The Elche vs Barcelona duel in the upcoming round could turn out to be very interesting, so check our preview of the game to learn more about it and to get some free betting tips.

Our favourite Elche vs Barcelona betting predictions and picks

If you are looking for the best La Liga betting tips, like the tips for Elche vs Barcelona, you can see them all right here:

Although Elche is in good form lately with just one loss in the last six games, Barcelona is also on a tear with four wins in the last six matches in La Liga and a great showing against Napoli in Europa League.

Three of the last five head-to-head meetings between Elche and Barcelona have gone over 2.5 total goals, so we expect the same to happen when they meet on Sunday.

The best stats, odds, and more for Elche vs Barcelona

If you are looking for the tip Elche vs Barcelona odds, check our list of odds taken from the main UK bookmakers:

This is one of the closest duels of the round in La Liga, so let's check both teams out in more detail:

With four wins in the last seven games, Elche is in very good form right now and that is also obvious in the standings since Elche is now in the 14th spot in La Liga table. While that might not seem like much, keep in mind that Elche was in the relegation zone for a while, so being eight points ahead of the first team in the relegation zone is a huge thing for them.

Elche will miss John Donald, Javier Pastore, and Helibelton Palacios for this match, while Gerard Gumbau will miss the game to serve a suspension.

Blaugrana enters this game in a good mood after beating Napoli in Europa League to get to the next stage. The team is without a loss in the last nine league games and they are currently third in the standings in La Liga. So, things are going very well for Barcelona and the fans are certainly pleased by the job that Xavi has done since he took over the team.

Samuel Umtiti, Ansu Fati, Alejandro Balde, and Sergi Roberto are all out of this match through injuries, while the rest of the team is healthy and ready to play. 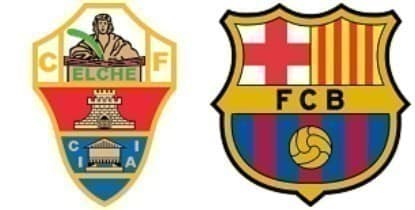