Djurgarden and Hammarby meet at the Tele2 Arena in the Allsvenskan Sunday, July 3rd. Two of the division’s top four sides face off this weekend. Read our free predictions and find the latest odds for the fixture below in our detailed match preview.

Djurgarden put their unbeaten home record on the line when they face Hammarby at the Tele2 Arena on Sunday. Read our top three predictions for this weekend’s fixture below.

Hammarby’s bright start in the Allsvenskan has burned out somewhat and their run of just one win from six assignments is a far from ideal way to prepare for a clash with a Djurgarden side that are formidable at home. The hosts have dropped just two out of 18 points at the Tele2 Arena so far and that superb run coupled with Hammarby’s drop off means bettors should side with Djurgarden on Sunday.

Djurgarden have been a potent attacking force on home soil this season where they have notched 19 times in six fixtures since the start of the new campaign. The free-scoring Järnkaminerna managed to score at least twice in 100% of those matches at the Tele2 Arena and they are available at a great price to repeat the trick in the over 1.5 team goals market against an out-of-sorts Hammarby outfit on Sunday.

Top Betting Odds and Stats for Djurgarden vs Hammarby

Read the latest injury updates and team news for Djurgarden’s encounter with Hammarby in the Allsvenskan on Sunday below.

Elliot Kack is listed as Djurgarden's only injury worry ahead of Sunday's game and apart from the absent defender, the Järnkaminerna have a strong pool of talent to draw from. Djurgarden hammered GIF Sundsvall 5-2 in their last league match.

Keeper Oliver Dovin and defender Mads Fenger are out through injury and suspension respectively this weekend in a double blow to Hammarby's chances of success. Jon Gudi Fjoluson is on the road to recovery following his ACL injury, though Sunday's game will probably come too soon for him. 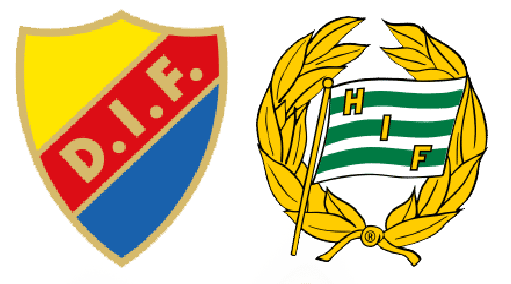 The bookmakers have priced Djurgarden as favourites to win on Sunday.

Who is the current Allsvenskan Golden Boot holder?