Denmark were some people's underdogs for Euro 2020 but the defeat to Finland and the fact they will be without their best player for the rest of the tournament might mean they don't even qualify from Group B as they need a positive result against Belgium on Thursday. Belgium thrashed Russia 3-0 without some of their key players even featuring during the 90-minutes, which has only strengthened their push for the Euro 2020 title.

Read our full match preview and prediction for Denmark vs Belgium in the European Championship.

Belgium have a good recent record against Denmark, picking up two wins and a draw from the pair's last three encounters. Belgium won both of the nation's two meetings in 2020, claiming a 2-0 victory in Denmark and a 4-2 win back in Belgium. Denmark lost their opening game of the euros against a Finland side many had expected to struggle in Group B, while Belgium cruised to a 3-0 win against a poor Russian side.

Lukaku looks like he means business this tournament, having already scored two goals in his opening game against Russia. The big Belgian striker had a fantastic season in front of goal for his club team Inter Milan, leading the Serie A side to the title. Denmark didn't look solid at the back against Finland and Lukaku is bound to get a chance or two in the box and we don't expect him to miss.

Both teams have scored in just one of Denmark's last six international matches and the Danes failed to find the back of the net in their opening game in Group B against Finland. Belgium kept a clean sheet against Russia and we're expecting more of the same from Roberto Martinez's side, who have now kept three clean sheets on their last four fixtures.

Denmark vs Belgium: All the very latest stats

Denmark really need a win but could struggle against Belgium

Demark's defeat against Finland was overshadowed by the distressing situation surrounding their talisman Christan Eriksen. Eriksen collapsed towards the end of the first half and needed to be resuscitated, thankfully he is now in a stable condition in hospital. Losing against Finland, a side tipped to finish bottom of the group, means that Denmark now need at least a draw against Belgium to get themselves back into contention for qualification. However, their distinct lack of ability to finish chances could prove their undoing in this tournament.

Belgium looked as good as we all expected in their opening game, brushing aside Russia with relative ease. The worrying thing for Belgium's future opponents is that they dominated Russia without the aid of Hazard, Witsel or De Bruyne, so can you imagine how good they will be when those players are fit and ready to play? The Red Devils certainly look like potential winners of Euro 2020 and a win on Thursday would confirm their place in the knockout stage and likely end Denmark's hopes of progression. 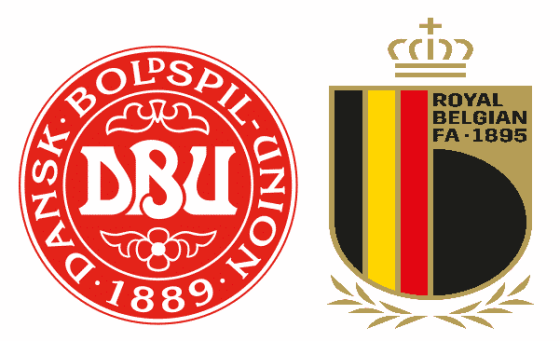