This game is a dead rubber but both sides will still want the three points. Who will get them? Find out with our West Brom vs Coventry match preview with free tips, predictions and odds mentioned along the way.

West Brom to win it

First of all, we would like to point out that both teams have conceded a lot of goals recently; West Brom kept just one clean sheet in their last six games, while Coventry conceded in all of their last 12 games. As a result, both teams' recent games have mostly been on the high-scoring side; as all of West Brom's last three, and four of Coventry's last five games went above the 2.5 goal margin. With this in mind, we are making the prediction that these teams will score at least three goals between them.

West Brom vs Coventry: Let's look at the predicted lineups

The fact that West Brom vs Coventry is a dead rubber at this stage of the season is criminal really. Both sides have flirted with the top of the table at some point but, unfortunately, both have endured extended poor spells to drop away. Now, all that is at stake is who finishes higher in midtable.

West Brom are coming off a disappointing 4:0 loss at the hands of Nottingham Forest; that loss put a dent in their promotion hopes, as they are now six points from the promotion playoff places, with just three games left.  West Brom have just two wins in their last six games; they'll hope to improve their poor form with a win here.

Coventry have had some mixed results in recent weeks; they have two wins, two draws and two losses in their last six games. There are three games left to play, and Coventry are four points from the lowest available promotion playoff spot; they'll need all the wins they can get, starting with this one.

A quickfire FAQ on West Brom vs Coventry 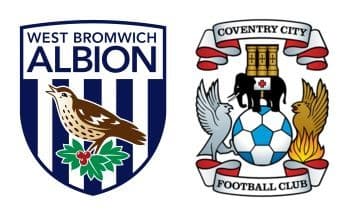