Top free betting tips and odds for Cologne vs Hoffenheim

The final fixture of Bundesliga Round 25 takes us to the Rhine Energie Stadion. Cologne takes on the challenge of Hoffenheim as both sides look to secure their UEFA competition qualifying slots.

Hoffenheim have been in good form and arrives on the back of three successive victories. After going on a three-match barren streak, they earned an away win against struggling Wolfsburg. It seems they will have to wait for their next away win. Steffen Baumgart's men are reformed and have little relations to the Cologne of late. The Billy Goats have registered two successive wins at the Rhine Energie Stadion and should give their rivals a run for their money.

Both Cologne and Hoffenheim have defied expectations this season. While their defence has usually stood up, but more often than not have to be bailed out by their attackers. Anthony Modeste has stood up for the hosts, while young Georginio Rutter has been TSG's torchbearer. Both sides have seen three of their last five fixtures conclude with Over 2.5 total goals and we expect that trend to continue in this meeting.

Cologne vs Hoffenheim: Check out the best odds and the latest stats

Cologne vs Hoffenheim: Check out the team lineups

The Billy Goats are fighting for Europa League this season and credit has to be attributed to Steffen Baumgart. The former SC Paderborn manager has revitalized them and the results are speaking for themselves. Entering the final stretch of the 2021/22 campaign, they need an extra push and should surely deliver continental participation.

While Wolfsburg, Frankfurt and Monchengladbach have stuttered under managerial changes, continuity at the Rhein-Neckar-Arena has allowed Hoffenheim to blossom. Die Kraichgauer are the envy of the aforementioned club as they go from strengths under Sebastian Hoeness. Champions League qualification in within reach but injuries might take their toll on their performances.

Questions About Cologne vs Hoffenheim 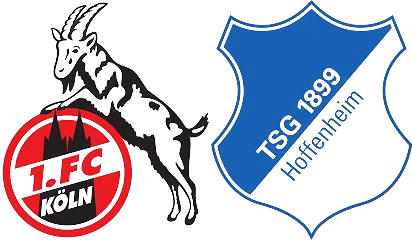 Where is the game being televised? BeIN Sport Connect, DAZN Deutsch, and Sky Sports Football (UK/Irl).