Bayern Munich arrive at the Rhine Energie Stadion to overcome their disappointing defeat last weekend. Cologne will not be easy rivals as they continue to overachieve this season and find themselves three points behind third place.

Cologne has been in rampant form and will feel confident about their chances against Bayern Munich. They have won three matches in succession, scoring seven goals in the process. In the same period, the Bavarians have hit the back of the net ten times, making this fixture interesting for fans and neutrals alike. With six of their last seven duels finished with at least four goals during the 90 minutes of action, this match should have plenty of fireworks.

Steffen Baumgart has transformed Cologne and the key area of improvement has been their form in front of the goal. Hertha Berlin became the latest side to be embarrassed by them in a 1-3 mauling on the road. Bayern will be cautious against them following their abject defeat at the hands of Borussia Monchengladbach. We are predicting an exciting night of goals at either end of the pitch as has been the case in their prior duels with both sides scoring in their last five H2H encounters.

Cologne vs Bayern Munich: Check out the best odds and the latest stats

Cologne vs Bayern Munich: Check out the team lineups

It has been a whirlwind year for Cologne, who have gone from battling relegation to fighting for UEFA competition places. They face their toughest test of the campaign as Bayern Munich pay them a visit. Steffen Baumgart will be concerned but not worried given the Billy Goats' recent run of three successive wins.

Robert Lewandowski gave Bayern Munich the lead against Borussia Monchengladbach, heralding another long night for the Colts. It was not to be as Adi Hutter's men made a remarkable comeback to take the three poins on offer. It was surely a wakeup call fro Julien Nagelsmann's charges, who had been on a run of seven successive wins prior to that abject defeat.

Questions About Cologne vs Bayern Munich 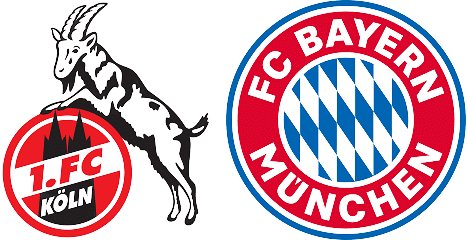 Where is the game being televised? Arena 4, beIN Sport and Sky Bundesliga.