Our Best Three Bets for Chelsea vs West Brom

Here are the latest odds from some top bookmakers.

Chelsea have won five of their last seven encounters with West Brom, drawing the other two games, and cruised to a 3-0 win when the pair last locked horns at Stamford Bridge. Each of Chelsea's last four wins against the Baggies have been accompanied by a clean sheet and Tuchel's side have conceded a single goal in any of their last seven matches in all competitions.

Both of these teams have been involved in their fair share of tight and tense matches in recent weeks. Each of Chelsea's and each of West Brom's last six outings in league and cup have produced under 2.5 goals. West Brom have failed to score in four of their last six matches, while Chelsea have kept clean sheets during that same period of fixtures.

Chelsea might look much improved under Tuchel but the team don't tend to score a lot of goals, instead, they rely on a solid defence to carve out their results. Chelsea haven't scored more than two goals in any game since Tuchel took over from Lampard, but each of their last three victories have been via the same 2-0 scoreline. West Brom haven't conceded more than two goals in any of their last nine outings, but have failed to score in four of their last six matches.

Chelsea to put West Brom to the sword

Chelsea continue to progress under the guidance of Tuchel, with the team looking far more organised at the back under his stewardship. Chelsea keep a lot of clean sheets and will once again prove hard to breakdown this weekend. We're expecting to see Chelsea have a lot of the ball on Saturday but they will need to be at their best, as Allardyce has made West Brom much more difficult to score against over the last month or so. Chelsea have fitness concerns over the likes of Mount, Hudson-Odoi, Kante, Jorginho, Silva and Abraham, though none have officially been ruled out of Saturday's clash just yet.

West Brom might look more sturdy at the back these days but they still don't score enough goals and time is running out for Allardyce to find a solution to this particular problem. Many said that Allardyce had bitten off more than he could chew when he took on the West Brom job and that is certainly proving to be the case, but a win against Chelsea could kickstart the comeback of all comebacks for the Baggies. West Brom have a clean bill of health and no suspended players heading into this weekend's game, but not all their players have reported back from international duty yet, so that could change in the coming days.

FAQ about Chelsea vs West Brom 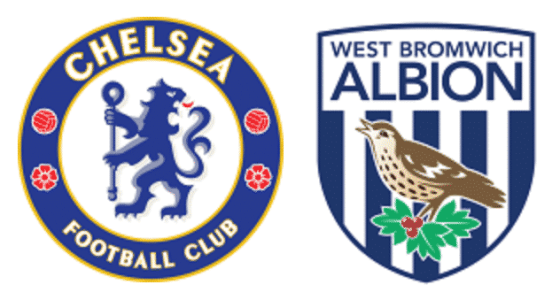