Celtic host Hearts in Glasgow in the Premiership on Sunday, August 21st. Champions Celtic put their 100% start on the line against The Jambos this weekend. Read our free predictions and find the latest odds for the fixture below in our detailed match preview.

Celtic are targeting their fifth straight victory over Hearts in all competitions when the teams collide in Glasgow on Sunday. Read our top predictions for this weekend’s fixture below.

Celtic have collected maximum points from their first three Premiership assignments of the new campaign and the free-scoring Hoops really found their groove up front in their last two runouts, netting three times against Ross County and five times against Kilmarnock. With their edge in the final third looking razor-sharp, Celtic could emulate the 4-1 thumping they dished out to Hearts when the Jambos last visited Celtic Park in May and a stake on the hosts in the over 2.5 team goals market appeals as a consequence.

Japanese fan favourite Kyogo Furuhashi managed to find the net in each of his last two Premiership appearances at Ross County and Kilmarnock respectively, and the 27-year-old should be armed with enough confidence to make a similar impact against Hearts on Sunday. Furuhashi was among the goalscorers when Celtic beat the Jambos 4-1 at the back end of last season and he can punish the same defence this weekend.

Top Betting Odds and Stats for Celtic vs Hearts

View our list of the top stats for Sunday’s fixture below alongside a tool to help you choose the most lucrative odds.

Read all of the latest injury updates and team news for Sunday’s Bundesliga tussle between Celtic and Hearts below.

Reo Hatate and Youske Ideguchi are both out for Celtic at present, though the Bhoys have enough bodies to cope in their absence. The champions put a real marker down in their last test when they hammered Kilmarnock 5-0 and they should take some stopping against Hearts on Sunday.

Hearts have the luxury of a clean bill of health ahead of Sunday's game, though it will be interesting to see what XI Robbie Neilson selects after the Jambos were involved in Europa League action against FC Zurich in Switzerland on Thursday. 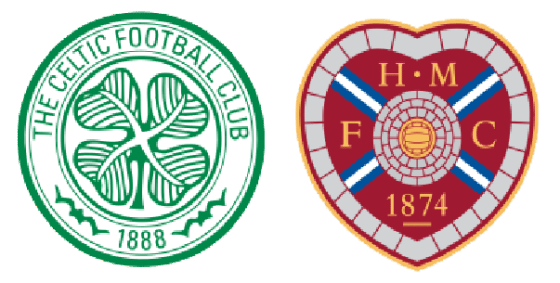 Celtic have been priced as odds on favourites to pocket maximum points on Sunday.

Who is Celtic’s manager?

Angelos Postecoglou is Celtic’s current boss having been appointed in June last year.