One of the toughest game to predict in this La Liga round is the Granada vs Celta Vigo duel. So, check our free betting tips for this game and our preview of the match right here.

Our latest Granada vs Celta Vigo betting predictions and picks

If you want to check out the best La Liga betting tips, including the top picks for Granada vs Celta Vigo, you've come to the right place:

While Granada is far from good form and they are fighting for survival this season, we can see them winning this game exactly for that reason – they desperately need points.

Meanwhile, Celta Vigo is pretty much stuck in the middle of the standings and they don't have a big motive to play their hearts out. They are also in poor form with four losses in the last six games. So, we can see Granada taking the points here.

Only one of the last five head-to-head duels between Granada and Celta Vigo has gone over 2.5 total goals, so we don't expect to see many goals in this match either.

The latest odds and important stats for Granada vs Celta Vigo

If you are looking for the top odds for the Granada vs Celta Vigo duel, check our list of odds from the best betting sites in the UK:

With both teams struggling lately, we expect a close game. So, let's take a closer look at the teams ahead of their upcoming duel:

This season has been a rollercoaster for Granada, although the ride seems to be going in the wrong direction right now since the team is in the middle of the battle against relegation. Currently, Granada is in the relegation zone, although they are just one point behind Cadiz, the first team outside of the zone. Meanwhile, Granada has just one win in the last six matches in the league.

In addition to this, Granada is dealing with many problems in the squad. First of all, Raul Torrente, Neyder Lozano, Ruben Rochina, Maxime Gonalons, and Carlos Neva are all injured right now. On top of that, Victor Diaz, Quini, and Domingos Duarte are suspended for the next game.

With just one win and four losses in the last six games, Celta Vigo has clearly been in poor form recently. That doesn't matter much since they are sitting in the middle of the standings without a lot of room to move up or down, but their fans are probably not pleased with the way they performed in those games.

When it comes to team news, Celta Vigo is in a pretty good shape. Their only injured player is Hugo Mallo, but while Jeison Murillo and Augusto Solari will miss the game through suspension.

Q & A for Granada vs Celta Vigo 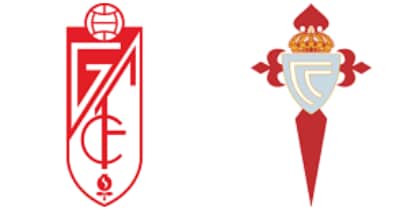