Cardiff vs Preston: Check out our betting tips

Cardiff vs Preston is very much a dead rubber with neither side in any danger of doing anything of note this season. Still, with three points on the table both teams will want to win. Who will? Find out with our Cardiff vs Preston match preview with free tips, predictions and odds mentioned along the way.

Neither of these sides are in atrocious form and we can see that continuing here with both teams taking a point. Cardiff have won their last two games and have racked up nine points across their last five matches. Preston meanwhile are no pushovers. They've only lost once in their last five and have taken eight points from the last 15 available. With broadly similar records in recent weeks combined with the fact the sides couldn't be separated in the cup back in January, we see them drawing again.

We've just touched on the cup game between these two back in early 2022; that ended 1-1. We expect this game to come in under 2.5 total goals as well. Three of Cardiff's last five have been under that 2.5 mark with their average goals per game in that time just 2.0. Preston have also gone under 2.5 goals in three of their last five. Their average is a tad higher but, at 2.2, it's hardly enough to make us think we're about to see goals pour down.

Here are the key stats & form guide for Cardiff vs Preston

It's getting to the stage of the season where some teams are thinking of the beach and this match unquestionably meets that criteria. It's been a different year for the sides though; Preston have flirted with the playoffs whilst Cardiff have battled relegation. Now though, it's about shaping up for next season – even if it is only March.

Cardiff fans won't mind their season petering out to nothingness; there has been a period this season where they looked destined for a relegation battle that would go right down to the wire. It's not been a good year but if they can end the season on a good run then the summer could be positive.

Preston, unlike Cardiff, will be feeling flat that their season is now effectively done and dusted. They were looking good for the playoffs earlier in the campaign before dropping down the table. Much like their hosts though, the campaign is now about taking a positive vibe into the summer. 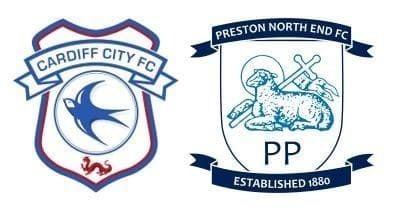