Salernitana moved out of the relegation zone in midweek and look like they could defy all the odds and remain in Serie A for another season. Cagliari, who sit one place and one point behind Salernitana, provide the opposition on Sunday for what should be a close and competitive 90-minutes of football.

Salernitana managed to secure a share of the spoils when they made the trip to Cagliari in November and form favours the hosts head into Sunday's clash. Salernitana have won four of their last five league games to give themselves a fantastic chance to avoid relegation when everyone else had already assumed their demise. Cagliari are also right in the thick of the relegation battle and dropped into the bottom three as a result of Salernitana's midweek victory. The visitors have lost five of their last six outings in Serie A and we're backing them to lose again this weekend.

Salernitana's top goalscorer in the league this season got on the scoresheet in midweek to help his team to a vital victory against Venezia. The on-loan Sampdoria striker has netted 9-goals in Serie A for Salernitana this season, four of which have arrived in his last 10 appearances in the league, so you can see why we're backing the 24-year-old forward to score against struggling Cagliari this weekend.

Can Salernitana pull off a great escape?

Bonazzoli converted a 7th-minute penalty to put Salernitana in front at home to Venezia on Thursday evening. The visitors got back onto level terms via Henry in the 58th-minute but Verdi was on hand to thrust the home side back in front in the 67th-minute to ensure Salernitana picked up the victory they so desperately wanted.

Cagliari had the home advantage last weekend when they took on Verona. The visitors went in at the break two goals up and although Pedro pulled a goal back for Cagliari in the 57th-minute, the hosts were unable to carve out an equaliser so slipped to another disappointing defeat.

Salernitana: Franck Ribéry and Mamadou Coulibaly are doubts for the weeknd's clash due to muscle strains.

Cagliari: the visitors have no fresh injury concerns or suspended players ahead of the trip to Salernitana.

Your Questions for Salernitana vs Cagliari 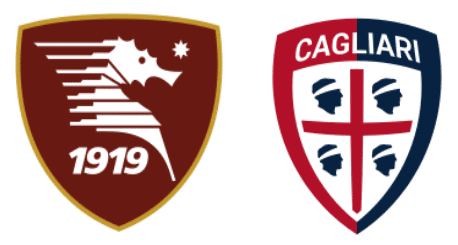