The final game of this La Liga round is the Barcelona vs Cadiz duel. With that in mind, we have prepared an in-depth preview of this match, along with some free betting tips.

Our best Barcelona vs Cadiz betting predictions, picks, and more

If you are searching for free La Liga betting tips, including our top tips for Barcelona vs Cadiz, check them out right here:

After the surprising Europa League elimination, Barcelona will look for redemption in this game and we feel that Cadiz will pay the price, despite them fighting for survival and not being in such a bad form.

In addition to this, Barcelona only beat Cadiz once in their last three games and that was by one goal. Still, we can see that changing after this game, especially with Blaugrana still having a chance to win the title in La Liga.

Ferran Torres to Score at Any Time

The Spanish striker has been a huge part of Barcelona's turnaround in form since he arrived from Man City, although he didn't score as many goals as many expected with four goals in ten La Liga games.

Despite this, he is one of the most prominent offensive weapons for Barcelona and since we expect the home team to score multiple times, we feel that Torres can add to the tally on Monday.

The best odds and key stats for Barcelona vs Cadiz

If you wish to bet on the top Barcelona vs Cadiz odds, check our list of odds taken from the best UK betting websites:

While the home team is the absolute favourite to win this game, we could still see an interesting match. So, let's take a closer look at both teams now:

After a shocking elimination from Europa League by Frankfurt, Blaugrana can now focus solely on La Liga where they've won seven games in a row and where they are without a loss in the last fifteen matches. Despite their great form, Real Madrid is still twelve points ahead of them, but with seven rounds left in the season, Barcelona can still hold on to a hope of winning the title.

When it comes to team news, Pedri will likely miss the rest of the season after he suffered a hamstring injury against Frankfurt. Also, Samuel Umtiti and Sergi Roberto are out for the upcoming game with injuries, while Ronald Araujo will serve a suspension.

With two wins, two draws, and two losses in the last six games, Cadiz isn't in such a bad form, but that was not enough to keep the team outside of the relegation zone. That being said, Cadiz is the first team in the zone and they are just one point behind Granada and Mallorca, and a few points behind other teams too.

Meanwhile, the team will miss Florin Andone, Varazdat Haroyan, and, likely, Iza, through injuries. Also, Ruben Alcaraz will be on the sidelines for the next game through suspension.

The frequent questions for Barcelona vs Cadiz 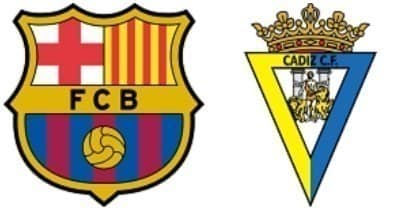