Burnley and Tottenham go head-to-head at Turf Moor on Saturday in England’s Premier League. Can Spurs bounce back from a humiliating defeat in Europe when they face the Clarets? Read our expert predictions and find the latest odds for the game below in our match preview.

Antonio Conte pits his wits against Sean Dyche as Tottenham travel to take on Burnley. Find our top three predictions for the contest below.

Antonio Conte looked a little shellshocked post-match when Spurs were beaten by Slovenian minnows Mura on Thursday evening and the Italian coach won’t enjoy must respite when Tottenham visit Burnley on Sunday. The Clarets have scored in each of their last four Premier League assignments and they carry enough threat in the final third to maintain their strike rate this week. Tottenham have notched in each of their last 11 meetings with Burnley however, and with Kane starting to find form, we recommend back both teams to score in Lancashire.

Tottenham have conceded the first goal in each of their last two fixtures and after a taxing trip to Slovenia on Thursday tiredness could be an issue and a slow start could follow at Turf Moor. Sean Dyche will know full well that there is an advantage there to capitalise on, so expect Burnley to come out of the traps quickly on Sunday and we advise backing the hosts to open the scoring with that in mind.

Maxwel Cornet has been a revelation in the Premier League since making the summer switch from Lyon to Burnley and the talented technician’s strike against Crystal Palace last weekend was his fifth goal in just seven starts in the division. The 25-year-old is brimming with confidence at present and he is priced generously in the anytime goalscorer market again here.

Dale Stephens is expected to miss out for Burnley on Sunday, though there is a chance that striker Ashley Barnes is available following a little niggle. Key defender James Tarkowski and midfielder Ashley Westwood are both suspended following an accumulation of yellow cards however. The Clarets have lost just once in their last seven league games and they should provide a stiff test for Spurs this weekend.

Argentinean duo Crisitan Romero and Giovani Lo Celso are both likely to be absent for Tottenham on Sunday. Antonio Conte chose to shuffle his pack for the Europa Conference League on Thursday evening, though Harry Kane did complete 90 minutes in Slovenia. Son Heung-min, Lucas Moura, Eric Dier and Pierre-Emile Hojbjerg were introduced from the bench the same evening. 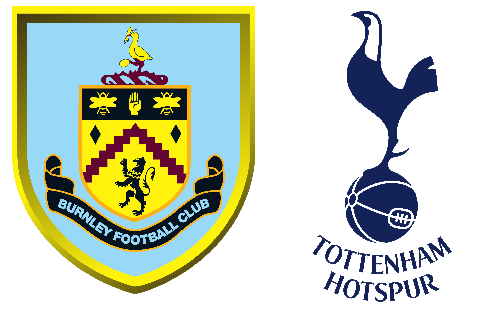 Which team is favourite to win on Sunday?

Tottenham have been priced as favourites to beat Burnley this weekend.

Where is this game being played?

Sunday’s fixtures will be played at Burnley’s home, Turf Moor.