Burnley vs Leicester: Check out our betting tips

Burnley are starting to find some form after a slow first half of the campaign. A win here would take them out of the bottom three but can they take the points? Find out with our Burnley vs Leicester match preview with free tips, predictions and odds mentioned along the way.

Burnley haven't exactly been flying at home of late with five points from their last 12 available but their performance levels have gone up more than just a notch. You can see that from looking at who they've played across those aforementioned last four home games; nobody had Burnley taking five points from games against Liverpool, Tottenham, Man United and Watford. When you combine those displays with their general form, which sees them unbeaten in three with seven points from nine, and the form Leicester have shown of late you can see why we're predicting a Clarets win. Leicester have won just one of their last 10 on the road with their last five domestic away games all ending in defeat. They have a poor record at Turf Moor too having won just one of the last five meetings there and losing three times.

You don't associate Burnley with free flowing goals where both teams register on the scoresheet on a regular basis but their recent form – and the head to head past with Leicester – makes us think that exact scenario will unfold here. Burnley have scored goals in four of their last five games. Leicester meanwhile have scored in each of their last four whilst conceding in all of them. Then you have the head to head record; the last six meetings between these teams have all ended with both teams scoring; the last time someone blanked in a Burnley vs Leicester game was back in 2018.

Here are the key stats & form guide for Burnley vs Leicester

From a pure table perspective, Burnley need three points more than Leicester. If, however, you're talking about managers under pressure then, arguably, Foxes boss Brendan Rodgers is in need of the points more than Sean Dyche.

Whilst most clubs at the bottom of the Premier League changed manager, Burnley always felt they had the right man at the helm. Given the recent turnaround, they have seemingly been proven right with new man Wout Weghorst and forgotten man Aaron Lennon impressing the most.

Over the last couple of years Leicester have been pushing for Champions League football. They look a long way off that now though and, if they lose here, they'll be just three points ahead of Burnley who are very much relegation threatened. Really, it's imperative they don't lose. 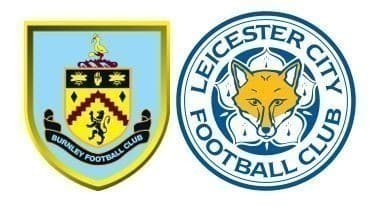