Just two positions and 4pts separate Brighton and Crystal Palace in the Premier League table and we're expecting a tight and tense encounter between these two rivals on Friday evening.

We're backing Friday's clash to end all square as it did when the two sides locked horns for their reverse league fixture in September. Three of the last five meetings between these two clubs in the Premier League have ended in stalemates, so you can start to see why we're leaning towards a draw on Friday. Two of Brighton's last five league games have ended in draws and the hosts have now drawn 9 of their 19 matches in the Premier League so far this season.

In terms of a final scoreline, we're predicting a 1-1 draw on Friday evening. Each of the last three draws played out between these two clubs have ended 1-1, while five of Brighton's nine stalemates in the league this season have also finished 1-1. Crystal Palace have seen four of their last six matches end with both teams scoring and four of Brighton's last six games have also produced goals at both ends of the pitch.

Close and competitive 90-minutes expected at the AmEx

Brighton needed extra time to get themselves through to the next round of the FA Cup. The Seagulls were drawn away at Championship side West Brom and went a goal down early in the second half. The visiting fans must have feared the worst as the time ticked away but in the 69th-minute West Brom were reduced to 10-men and in the 81st-minute Moder equalised to send the game into extra time. Brighton's top scorer Maupay scored the winning goal of the game in the 98th-minute much to the delight of the traveling Seagull's fans.

Crystal Palace made the trip to Championship side Millwall in the 3rd Round of the FA Cup and went behind in the 17th-minute and trailed at the interval. However, Olise scored a lovely equaliser in the 46th-minute and then set up Mateta to head home the winning goal just before the hour mark. The Eagles have played an extra game in the league compared to Brighton but trail their hosts by 4pts, which makes a positive result on Friday essential to avoid falling too far being their rivals. 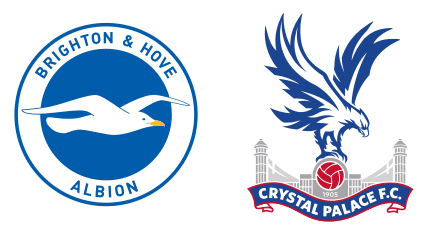