Chelsea lost to Man City last time out to make their task of winning the Premier League title even more difficult than it was before. Can they bounce back with a win on the south coast? Find out with our Brighton vs Chelsea match preview with free tips, predictions and odds mentioned along the way.

These two met less than a month ago with the action ending 1-1 and Brighton probably having the better of things; that's not how we see this game going because if the Seagulls were going to beat Chelsea that was their opportunity. Since that day, Chelsea have taken to the pitch five times and have thrashed Chesterfield in the cup, drawn with Liverpool and twice beaten Tottenham before most recently losing narrowly to Man City. Brighton meanwhile have scraped a win over a woeful Everton and stumbled their way to two draws against Championship West Brom and Crystal Palace. Chelsea are the better side and are in better form; they'll win here.

Calling it a low scoring game

Check out the key stats & form for Brighton vs Chelsea

If you're a Chelsea fan, your concerns will be focussed on the fact the title race looks to be done and dusted in mid January. If you're a Brighton fan, your worries will be on the future of Graham Potter. Everton and Man United – two much bigger clubs that the Seagulls – are on the lookout for a new gaffer with Potter being linked with both. A win here would really intensify that intrigue!

Brighton are on course for a top half finish and with a bit of luck they might even challenge for a Europa Conference League place; that's bonkers when you consider where they've come from. Can they keep the positive vibes rolling here?

You have to feel Thomas Tuchel will come under pressure if his Chelsea side fail to take all three points here after they allowed Man City to open up a seemingly impossible to close 13 point gap last time out. Can his team put in a performance for him?

A brief FAQ ahead of Brighton vs Chelsea 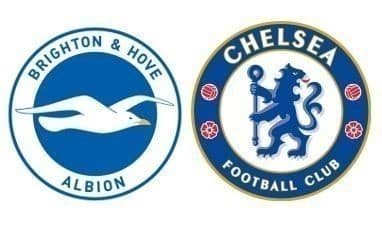