Top free betting tips and odds for Breidablik vs KR

Breidablik takes on the challenge of KR Reykjavik at the Kópavogsvöllur on June 23. Round 12's action is important as the hosts look to build their lead at the top of the points table and KR fulfils their top-six ambitions.

Three of the last five duels between these sides have finished in favour of KR. The fact that the visiting Reykjavik are the third-best travelling side in the league also bodes in their favour. However, given the form of Breidablik, it is difficult to look past them. They have already established a seven-point lead at the top of the points table and should have enough to build on their H2H statistics against KR>

Breidablik's success stems from their inexhaustible need for scoring goals. The 31 goals they have scored are 8 better than the next side, while they have only allowed 12 goals in the process. With KR conceding the same amount and boasting of a respectable but half the tally at 16 goals, we expect to see fireworks fly in this meeting.

Breidablik vs KR: Check out the best odds and the latest stats

Breidablik vs KR: Check out the team lineups

A second-place finish last season must have hurt the Blikar faithful. Manager Óskar Hrafn Þorvaldsson is out there to remedy this and his charges have responded in the best manner possible. After ten games, they have already opened an eight-point advantage at the top and have scored 15 goals in their last five matches alone. They are a shoo-in to claim the Úrvalsdeild title this time around but need to be attentive to those around them.

KR Reykjavik were alongside Breidablik in the hunt for Úrvalsdeild last season as they finished a place behind them. The current state of affairs cannot be more different as Breidablik leads the points table while KR are struggling to get in the top six. Despite this, the KR-ingar will be confident going into this match as they look to extend their seven-match unbeaten streak.

Questions About Breidablik vs KR 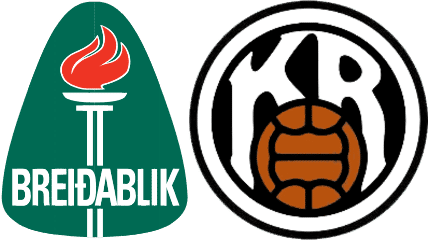 Who won the last h2h? 0-1 in favour of Breidablik.

Where is the game being played? Kópavogsvöllur (Kópavogur).