The Taca de Portugal final has finally come and we will show you our top free betting tips, predictions, and latest odds for the fixture.

Below, you can see the hard work of our betting experts for the Braga vs Benfica fixture on Sunday. If you want more predictions, you can check out our site's latest articles.

Our recommended bookmaker for this match is Ladbrokes. Make sure that all the prices are up to date before you place any wagers because odds are subject to change and they might be different than the ones we posted.

Benfica has only one loss and one draw in the last ten Primeira Liga games they played and they won against Braga with a clean sheet in March this year. Braga has won only three games out of the last ten they played and now that they are going up against the club with most Taca da Portugal titles, we are certain they will lose.

Both Braga and Benfica have had 60% BTTS games in the last ten they played in the Primeira Liga. Not only that, but three of the last four head-to-head games between these clubs ended with both of them scoring during the match.

In the last ten games for Benfica, six of them ended with more than 2.5 total goals scored. Also, three of the last four head-to-head games between the clubs ended on the “over” side of the wager.

In the table below, you can see the recent Braga vs Benfica Statistics and Head-to-Head meetings, to see for yourself where our predictions come from.

Benfica has won the Taca de Portugal twenty-six times, which is a record in Portuguese football, and they are on their way to claim their twenty-seventh title if they manage to beat Braga like we believe they will. 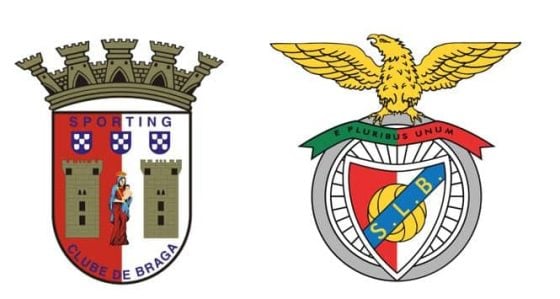