Bournemouth vs Stoke: Check out our betting tips

Bournemouth remain in the hunt for top spot in the Championship. Can the keep the heat up on Fulham by winning here? Find out with our Bournemouth vs Stoke match preview with free tips, predictions and odds mentioned along the way.

Cherries to take the win

Bournemouth come into this game off the back of consecutive victories and we see two wins becoming three on the spin here. The Cherries have shown decent, if not perfect, form of late whist Stoke's away form leaves plenty of question marks. They've not won in three on the road and have won just four of their last 10. Bring in the head to head record and it screams as being a Bournemouth win; they've won four of the past five clashes between the sides.

Next up we offer up a both teams to score ‘no' prediction for this game. Bournemouth have seen both teams score in just one of their last five home games. Stoke meanwhile have only seen both sides bag goals in two of their previous five away matches. Then, as with the previous tip, you have a strong head to head record to fall back on; the last three meetings between Bournemouth and Stoke have all involved a ‘nil' in the final score line.

Here are the key stats & form guide for Bournemouth vs Stoke

Bournemouth are desperate for points as they look to lock down a top two finish and potentially a title win. Stoke meanwhile need three points to keep their playoff dreams alive.

Bournemouth have been far from perfect this season but they remain in the hunt towards the top of the Championship standings. Recent form has them looking good for staying up near the top too – even if they are missing a few players; Ryan Christie is a doubt for this match.

Stoke still have a mathematical chance of making the playoffs but there are a lot of teams up there now and you wonder if they've got a tad too much to do. Beating Bournemouth might just change how people view their chances. They'll have their work cut out to take all three points though. 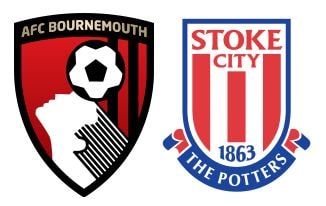