Top free betting tips and odds for Bochum vs Augsburg

Bochum goes up against the visiting Augsburg in the next fixture of Bundesliga on Sunday, 24 April. The teams line up for this game on the back of previous defeats.

Bochum to triumph in six-point affair

Augsburg has lost their consecutive two games recently and made two victories in the last five attempts.  Bochum also won only two of the last five games while losing two and drawing one. Die Unabsteigbaren hold quite the same record of home duels as the recent overall meetings. However, Fuggerstadter conceded four defeats in the previous five away duels. Augsburg are also winless in the last three meetings against the upcoming rivals, losing two. So we see Bochum register their lead once again this time.

Bochum vs Augsburg: Check out the best odds and the latest stats

Bochum vs Augsburg: Check out the team lineups

Die Unabsteigbaren got back to their winless track of away outings in the last game where they lost 3-0 against Freiburg. In the 30 attempts of the current season, Bochum has lost 14 games and sees themselves at twelfth of the table. The club manager has zero injury concerns in the team but has two players on the suspension.

Fuggerstadter conceded their first defeat of the last four home duels in the last game against Hertha Berlin. Having a long streak of winless games, 22 out of 30, Augsburg are only four points above the relegation area, standing at fourteenth. The team boss Markus Weinzierl will report five players out of the game due to injury issues.

Questions About Bochum vs Augsburg 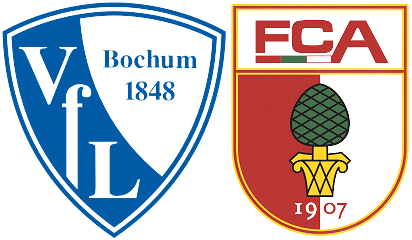