Both of these sides are locked in the lower mid table region of the Championship standings with no danger of going anywhere else. Will we see a game where the shackles are thrown off? Find out with our Blackpool vs Bristol City match preview with free tips, predictions and odds mentioned along the way.

Blackpool to take the points

With both of these sides down towards the lower echelons of the table, it's little surprise that consistency has been an issue. Blackpool, however, are definitely the side in better shape. Their last three league games have seen them take seven points with their only dropped points coming in a 1-1 away draw with Fulham last time out. By contrast, Bristol City have won just one of their last four with one of those four being a 6-2 hammering from the same Fulham side that couldn't beat Blackpool. Blackpool have enjoyed more success in the head to head sense too; you have to go back to 2010 for the last time Bristol City beat them and it was two years before that for the last time the Robins beat Blackpool as the away side.

Our next tip for this game is that both teams will score goals. Blackpool have scored in each of their last seven games whilst keeping just two clean sheets in that period. Bristol City meanwhile have netted in each of their last four games and in nine of their past 10. They've kept just one clean sheet across those 10 matches. Three of the last four head to head matches have seen both teams score goals.

Check out the key stats & form for Blackpool vs Bristol City

A lower mid-table clash isn't one that will attract huge attention from neutral fans but with the prospect of relegation very unlikely for either it could turn into a decent watch. Let's take a look at how the teams are likely to setup.

Sitting 15th might not sound particularly exciting to those outside of the club but when you consider where Blackpool were 12 months ago, it's a remarkable achievement. If they win this game, they'll move six points clear of Bristol City with a game in hand and that would almost make them guaranteed for safety – in early February.

We've already touched on the fact that relegation is unlikely for the Robins but that ‘unlikely' label could turn into a ‘practically impossible' if they take maximum points. Their form isn't great but a draw away at Preston last time out means they potentially have something to build on.

A brief FAQ ahead of Blackpool vs Bristol City 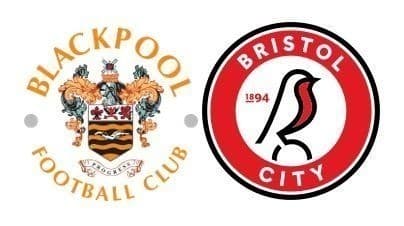