Nottingham Forest were absolutely sublime as they dismantled FA Cup holders Leicester on Sunday. Can they follow that up against a promotion rival back in the Championship? Find out with our Blackburn vs Nottingham Forest match preview with free tips, predictions and odds mentioned along the way.

When you see the way Nottingham Forest played at the weekend it's hard to deny that they look capable of beating anyone in the Championship on their day. Unfortunately for them, that big performance on Sunday might just see them lose an edge as they visit Ewood Park whilst Blackburn's home record is pretty damn tidy too. Rovers lost last time out but that was away to Swansea. On their own patch they are unbeaten in seven having won six. We don't see much between the sides so we are sitting on the fence!

Both sides will be amongst the goals

The beauty of two good sides locking horns is that we should witness an entertaining match; that's why we are backing both teams to score here. Blackburn have scored in eight of their last 10 home matches whilst Nottingham Forest have found the net in eight of their past 10 away game. Combine that with a head to head record that shows both sides have scored in three of their last four meetings and a BTTS bet looks more than reasonable.

Check out the key stats & form for Blackburn vs Nottingham Forest

Both of these sides have Premier League aspirations and whilst Blackburn have eyes on a top two finish it's not beyond the realms of possibility that Blackburn and Nottingham Forest face off in the play offs come May.

Blackburn suffered a bitter blow in their quest for automatic promotion last time out as they fell to a defeat at the hands of struggling Swansea. A win here would be a big boost to those promotion aspirations.

Nottingham Forest's target for the season is clearly promotion but, by God, are they writing some history in the FA Cup. It won't win them points but it does give them a confidence that they're ready to make the step up. That could help them past Blackburn if applied in the right way.

A brief FAQ ahead of Blackburn vs Nottingham Forest 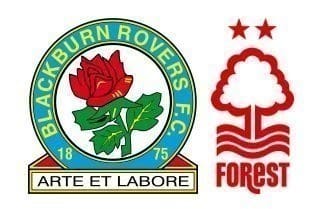