Blackburn vs Bristol City: Check out our betting tips

Blackburn run the risk of dropping out of the playoff places if their form doesn't pick up sharpish. Can they grab a much needed win here? Find out with our Blackburn vs Bristol City match preview with free tips, predictions and odds mentioned along the way.

Rovers to win it

Blackburn are just missing that killer touch in the final third right now. If they had that, their form would look so different. Take their midweek stalemate with Millwall as an example; Rovers dominated possession, had 11 shots on goal whilst giving up nine but still couldn't find the way to win. Eventually, the ball will drop for them and given Bristol City have lost four of their last five games we think this could be the moment that Rovers get back on that winning trail.

Our next prediction for this match is that someone fails to score. Bristol City have found the net on a fairly regular basis lately but did fail to net in their last away game, which shows they can be kept out. Blackburn meanwhile haven't seen both teams on the scoresheet in what feels like forever; it hasn't happened in a league game in 2022 – it's March!

Bristol City sit near the bottom of the table but don't need points – certainly not desperately anyway. Blackburn, however, are in danger of throwing away what looked like a nailed on top six finish.

Blackburn, Blackburn, Blackburn. What have you done. For so long they were in the hunt for automatic promotion but recent results now means they'll be outside the top six if other teams win their games in hand. That would be tragic. So much of their fate seems to hang on Ben Brereton Díaz' fitness.

Bristol City have not had a good year and find themselves in the bottom six. Despite that position in the table, the risk of relegation is slim to none courtesy of how poor the other teams have been (or perhaps how harshly they've been punished). Either way, the Robins need to start building for next season and a game against an out of form but potentially dangerous Rovers is perhaps a good test of where they need to go. 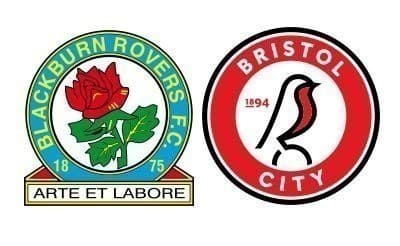