The Bayern Munich vs Salzburg duel in the Top 16 round of Champions League should be an interesting one, especially after a draw in the first leg. So, here's our preview of the game and some free betting tips too.

If you need some help to find the right bet for Bayern Munich vs Salzburg, check our top betting tips for this match:

Bayern Munich to Win with Handicap (-1)

The Austrian team had a very good performance in the first leg and they led until late in the game, but Bayern managed to come up with a goal and a draw in the end.

With all due respect to Salzburg who showed a lot in that first game, we can't see them avoiding defeat in this match. In fact, we expect Bayern Munich to win this game by two or more goals.

Both teams have scored in all three previous h2h meetings between Bayern Munich and Salzburg, so we can see that being the case once again in their next duel.

In addition to this, both teams have scored in 71% of all Salzburg matches in the Champions League this season, while the same thing happened in 43% of all Bayern Munich games in the competition so far.

The best odds and figures for Bayern Munich vs Salzburg

You don't have to spend a lot of time looking for the best Bayern Munich vs Salzburg odds – you can check them all out right here:

While the home team is the clear favourite in this game, the guests showed in the first leg that they can put up a fight. So, here's a closer look at the teams:

The perennial German champions are once again cruising to another title in Bundesliga since they are currently nine points ahead of the next team in the standings. So, Bayern Munich can take it a bit slower in their domestic championship and focus on the Champions League where they need a win to eliminated Salzburg after drawing in the first leg in Austria.

Once again, Bayern will be without Manuel Neuer, Corentin Tolisso, Leon Goretzka, and Alphonso Davies, who are all injured at the moment, but the rest of Bayern's deep team is ready to play.

The reigning champions of Austria can already pop the champagne since they are currently 18 points ahead of Sturm Graz, who is second in the standings of Austrian Bundesliga. The team also did very well in the Champions League this season, progressing from their group and nearly beating Bayern in the first leg of the Top 16 phase, even though the game ultimately ended in a draw.

However, Salzburg has a lot of injury problems ahead of the rematch in Munich. Sekou Koita, Albert Vallci, Bryan Okoh, Ousmane Diakit, Benjamin Sesko, Noah Okafor, Jerome Onguene, and Oumar Solet are all on the team's injury list right now.

The usual questions for Bayern Munich vs Salzburg 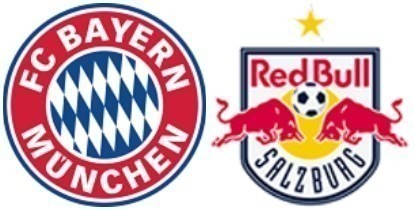