Augsburg will be looking to take the home advantage again when they host VfL Bochum for their next Bundesliga engagement. The hosts are playing in the relegation area while the visitors are three positions above them.

Augsburg have three defeats in the last five games but they have been great in their home stadium. Fuggerstädter are winless from the last five home games, winning four of them and defeating the points table leading team Bayern Munich in their last home game. On the other hand, Bochum has been going through a streak of victories but away matches proved the tough challenge for them. They have lost three of the last four away games. So we believe that Augsburg will be in high spirits to continue their run and to get them out of the relegation zone this weekend.

Fuggerstädter have been scoring two goals per game from the last four home games while Bochum also have been able to score at least two in three of the previous five games. Given their scoring tendency in the recent matches, chances are more to see the teams collecting the sum of at least three goals. Augsburg have scored nine goals in the previous five outings while Bochum hit the target seven times in that course.

We have seen two clean sheets in the last three H2H matches but now the teams seem more offensive than unusual and we would expect to see a BTTS outcome in this match. Both teams have scored in four of the last five outings while the front line of Augsburg has been more consistent in their camping ground and scored in almost all of the recent matches. They conceded only three goals in the last five home games and are likely to confine the rivals to a low score to secure the lead.

Augsburg vs Bochum: Check out the best odds and the latest stats

Fuggerstädter were down to 1-0 till the last minutes of the last game against Hertha Berlin but Michael Gregoritsch scored a surprising equalizer in the final minutes of added time and ended the result as a draw. The team seems disciplined in the recent matches but the run of defeats have sent them sixteenth in the points table. The German manager Markus Weinzierl will have six players on the injury list ahead of this match.

Die Unabsteigbaren have had turns of wins and defeats in the last four matches. Bochum confirmed their lead from 1-1 to 2-1 in the last ten minutes of the previous game against Freiburg. The team has three league victories in the last five outings but they have conceded seven defeats in 13 games and currently stand in the thirteenth position. Robert Tesche and three other players are on the injury list and won’t be available for the game.

Questions About Augsburg vs Bochum 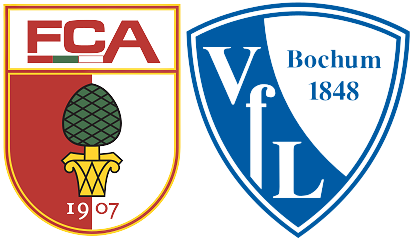 Where is the game being televised? BeIN Sport Connect, Sky Bundesliga, and Viaplay.