One of the most interesting matches in the upcoming La Liga round is the Granada vs Athletic Bilbao duel. Both teams will be hoping for points, so let's take a closer look at the game.

Our top betting tips and picks for Granada vs Athletic Bilbao

If you are looking for free La Liga betting tips, including the best predictions for the Granada vs Athletic Bilbao duel, you've come to the right place:

Both teams enter this game in dire need of points – the home team is fighting for survival, while the guests are hoping to get to a spot that leads to European football.

So, we expect a very close game, but we also expect Granada to win the game in the end. They enter the game high on confidence after an impressive 6-2 win over fellow relegation contenders Mallorca over the weekend. In addition to this, Granada beat Athletic Bilbao in the last three games in which the were the hosts, so we can see that being the case again on Tuesday.

Both teams have scored in three of the previous five h2h meetings between Granada and Athletic Bilbao, so we won't be surprised if that happened again in this game.

In addition to this, both teams scored in 63% of all Granada matches in the league until now, while the same thing happened in 49% of all Athletic Bilbao games in La Liga this season.

The best stats and odds for Granada vs Athletic Bilbao

If you want to bet on the top Granada vs Athletic Bilbao odds, check our selection of odds taken from the top UK bookmakers:

This will be a very interesting match, so let's take a closer look at both teams before their upcoming duel:

Things are looking much brighter right now for Granada after they managed to get a very important away win against Mallorca in the last round and they did in a very impressive fashion, scoring six goals in the process. Now Granada is outside of the relegation zone, but they are just two points ahead of Mallorca, who is in the zone after their meeting.

When it comes to team news, Ruben Rochina, Neyder Lozano, Raul Torrente, Daniel Raba, and Carlos Neva are out of the upcoming game with injuries, as well as Luis Suarez and Escudero unlikely to play as well. In addition to this, Njegos Petrovic is suspended.

With three wins, two draws, and one loss in the last six games in the league, Athletic Bilbao is clearly in very good form. They are currently sitting in the eighth place in La Liga, but they are just one point behind Villarreal in the seventh place, which would take Bilbao into Europa Conference League next season.

Meanwhile, Athletic Bilbao will only be missing Oihan Sancet through injury, but the rest of the Basque team is in good shape and ready to go. 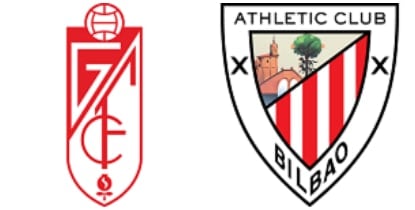