The first game in the upcoming round La Liga is the Athletic Bilbao vs Almeria duel, scheduled for Friday, September 30th. Here is our preview of the game, along with some free betting tips.

If you need help to decide what is the winning bet for Athletic Bilbao vs Almeria, check our latest betting picks for this duel:

Athletic Bilbao to Win at Half Time and Full Time

Four wins in the first six games is the best start that Athletic Bilbao had in recent years and they have a good chance to keep that run going in the next round when they host Almeria, a newly-promoted team.

Now only is Almeria new in the league, but they also struggled so far, with four points from six matches. So, with Athletic hosting this game in Bilbao, which is one of the hottest home courts in the league, we expect them to win the game after leading at half time.

The Basque team kept a clean sheet in three of their six games this season in La Liga, although that was in the first three matches of the season, after which they conceded in the last three.

Meanwhile, Almeria failed to score in the last three games in the league and we can see their offensive woes continuing, at least for the game with Athletic in Bilbao.

If you are searching for the best Athletic Bilbao vs Almeria odds, check our list of odds from top UK bookies:

While the home team is the clear favourite, we could see an interesting game here. So, let's take a closer look at both teams now:

Even though they've had a pretty good scheduled at the start of the new season, four wins in six games is still an impressive haul for Athletic Bilbao. So, with thirteen points, the Basque team is currently in the fourth place in La Liga standings.

Meanwhile, Athletic Bilbao does have a few injury problems, with Daniel Vivian, Julen Agirrezabala, Mikel Vesga, Yuri Berchiche, and Mikel Balenziaga all on the team's injury list at the moment.

After they managed to win four points in the first three rounds of the new La Liga season, the newly-promoted Almeria lost three games in a row now. They are still outside of the relegation zone, but they will need to get a good result soon to snap out of the poor streak.

When it comes to team news, Almeria doesn't have many injury issues since only Cesar De La Hoz and Alex Centelles are out with injuries right now. 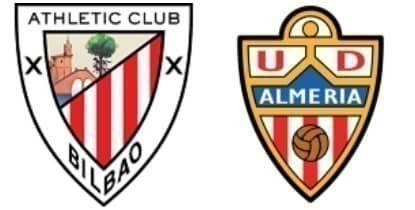