Aston Villa could deal one of their local rivals a bitter blow this weekend as they play host to a West Brom side that are the current odds on favourites to join Sheff Utd in the Championship next season. The Baggies arrive sitting 9pts from safety with just six games left to play and simply must win on Sunday to give themselves a fighting chance at staying up.

Read on for our full match preview and prediction for Aston Villa vs West Brom in the Premier League.

Aston Villa have secured wins in each of their last three games against West Brom, including their reverse league fixture in December which ended in a comfortable 3-0 scoreline. The hosts have picked up six wins at home this season, while West Brom have lost 10 times on their travels.

Three of Aston Villa's last six matches have produced under 2.5 goals and the same can be said of three of West Brom's last six outings in the Premier League. Four of the last seven meetings between the two clubs have also featured fewer than three goals and we're expecting another low-scoring affair on Sunday.

Ollie Watkins top scores for Aston Villa this season with 12-goals and is the only player on either side to have scored into double figures. Watkins has taken to life in the Premier League well and is now a full England international. The Villa striker has netted two goals in his last three outings for the club and will lead the line for the hosts this weekend.

Aston Villa are safe from relegation and appear to have adapted well to life back in the top-flight. Sunday's hosts narrowly lost at home to Man City last time out and a win this weekend could take them into the top half, depending on results elsewhere. Clean sheets have been somewhat of an issue for Aston Villa in recent weeks, with their last one coming against Wolves back in early March. However, West Brom don't carry the biggest goal threat in the Premier League and if the hosts can keep Matheus Pereira under wraps, they should secure all 3pts. Cash, Hassan, Sanson and Grealish have all been ruled out of this weekend's game through injury, while Wesley also remains doubtful but is closing in on his return.

Other than Ivanovic, West Brom have a clean bill of health heading into Sunday's short trip to Aston Villa. The visitors had hoped to build upon their 3-0 home win over Southampton but instead, they suffered a 3-0 defeat of their own at the hands of high-flying Leicester City. The Baggies are now 9pts away from safety with just six games remaining and it is looking more and more like Allardyce will succumb to his first-ever relegation from the Premier League this season.

Your Questions for Aston Villa vs West Brom 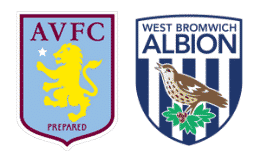