Under 2-weeks have gone by since these two sides last locked horns in the Premier League and Burnley will be hoping for a polar opposite result at Villa Park on the 19th of May. The visitors occupy the final relegation place as things stand but a draw would be good enough to see them swap places with Leeds on goal difference heading into the final game of the season.

While this is a fixture that has often produced goals at both ends of the pitch in recent seasons, we're predicting a much more tight and tense 90-minutes at Villa Park on Thursday. Both teams have scored in just three of Aston Villa's and three of Burnley's last six outings in the Premier League with both teams managing to keep two clean sheets during that period. Burnley lost 1-0 at Tottenham last time out while Aston Villa played out a 1-1 draw at home to Crystal Palace.

Three of Aston Villa's last five league games have produced under 2.5 goals and the same can be said for four of Burnley's last six outings, so you can already start to see just why we're predicting a low-scoring 90-minutes at Villa Park. Burnley looked strong at the back against Tottenham last time out only conceding via a penalty kick, while don't tend to score a lot of goals with just one of their last six outings seeing over 2.5 team goals scored.

Aston Villa and Crystal Palace had little left to play for this season but pride and it showed as the two sides produced a less than impressive 1-1 draw. The first half ended goalless but the entertainment factor did improve in the second forty-five as Watkins put the hosts in front in the 69th-minute only for Schlupp to equalise 9-minutes from time.

Burnley put in a really good display at the Tottenham Hotspur Stadium only to lose the game to a first-half stoppage-time penalty from Harry Kane. Collins had a really good match at the centre of the Burnley defence and even though the game ended in defeat, Mike Jackson and co will take plenty of positives into the Villa game.

Burnley: Mee, Rodriguez, Tarkowski, Stephens, Pieters, Gudmundsson, Westwood and Vydra are all doubts for the trip to Villa Park.

FAQ for Aston Villa vs Burnley 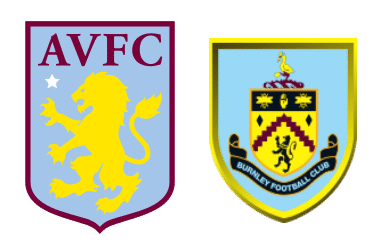