José Mourinho has a great admiration for Italian football. Specifically, the quality of coaching on the peninsula.

He highlighted this once when discussing his time at Inter Milan.

“I remember Inter versus Genoa, it was my first experience in Italian football,” the Manchester United boss reflected.

“After the beginning of the match I changed my concept and then again in the second half and [former Genoa coach Gian Piero] Gasperini kept adapting to me … It was like chess.”

In Italy, tactics and organisation are paramount. Thus, there is a great deal of importance placed upon the quality of managers, or as they term them, head coaches. Therefore, it is perhaps no surprise that, when ranking European Cup and Champions League-winning managers by nationality, Italy comes out on top with 11 titles, ahead of Spain (ten), Germany and England (both seven).

Here we take a look at the eight best Italian managers of all time. 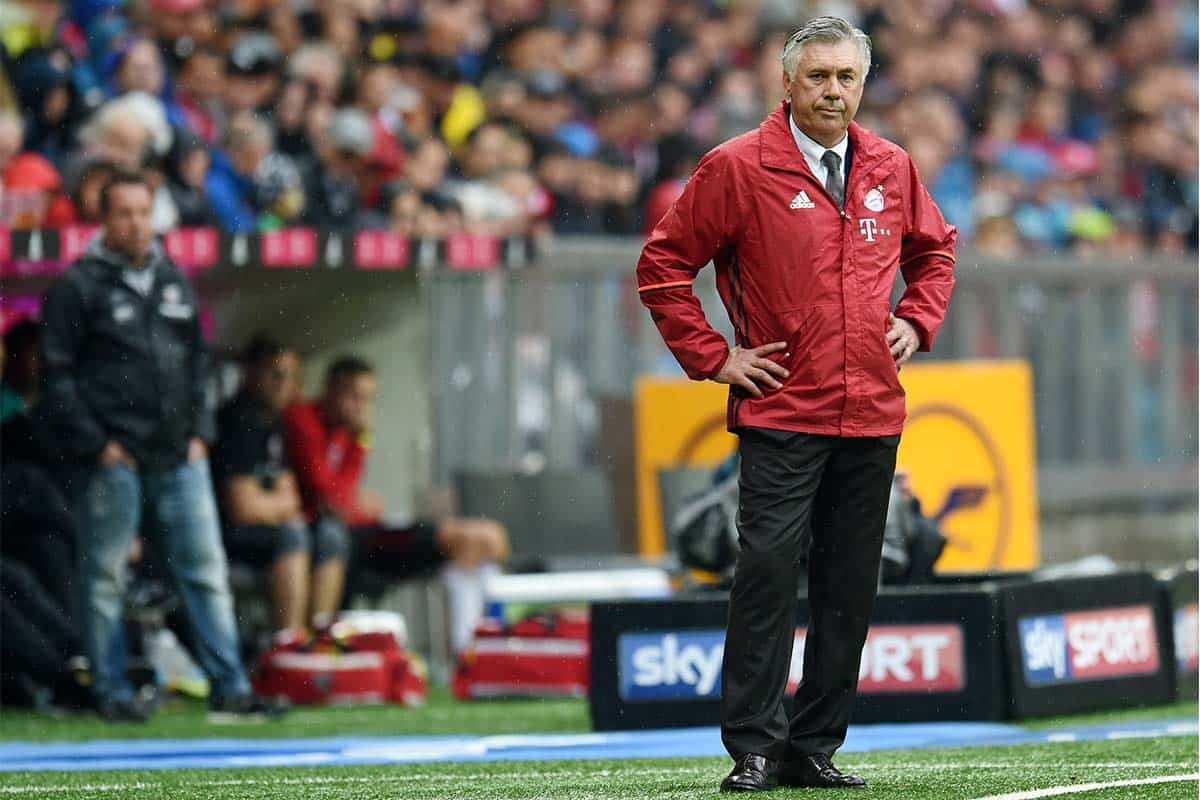 With his permanently raised left eyebrow, Carlo Ancelotti has a distinctive appearance. Yet for most it is his personal trophy haul that stands out.

After an impressive spell in charge of Parma and a disappointing two years with Juventus, he established himself as one of Europe’s finest tacticians with Milan between 2001 and 2009. In this time he redefined Andrea Pirlo as a deep-lying playmaker, nurtured Kaká into one of the most compelling attacking forces of recent times, and led the Rossoneri to one Scudetto, one Italian cup and two Champions League titles.

Since then, Ancelotti has essentially became a manager-for-hire, taking over and rejuvenating some of the most illustrious clubs in the game. He won the Premier League with Chelsea, Ligue 1 with Paris Saint-Germain and led Real Madrid to a coveted tenth Champions League before succeeding Pep Guardiola in the Bayern Munich dugout.

Few outside of Italy will know of Fulvio Bernardini, but it would be wrong to leave off this list a manager who won the Scudetto with two unfancied clubs outside of calcio’s traditional elite.

After a playing career that saw him make well over 200 appearances for Roma, he led Fiorentina to their first-ever championship in 1956. And, after a two-year spell with Lazio, he guided Bologna to their first title in over 20 years.

In a country with an established footballing hierarchy, Bernardini railed against expectations not once but twice, producing two shocking Scudetto victories in the process.

Before his underwhelming reign as manager of the English national team, Fabio Capello had developed a reputation as an uncompromising winner of the highest calibre. He took over from Arrigo Sacchi at Milan in the early 1990s and ensured the club continued to dominate both domestically and on the continent, winning four Scudetti in five years and thrashing Johan Cruyff’s Barcelona ‘Dream Team’ 4-0 in the 1994 European Cup final.

A stern and pragmatic coach, Capello was also capable of producing exciting football. While his Milan were more functional than Sacchi’s, they were still fun to watch, and the same could be said of his 2001 title-winning Roma side that featured the forward forays of Cafu, the creative genius of Francesco Totti and the powerful finishing of Gabriel Batistuta.

Capello succeeded abroad as well, winning two La Liga titles with Real Madrid in two separate spells; one in 1996-97, the other in 2006-07. 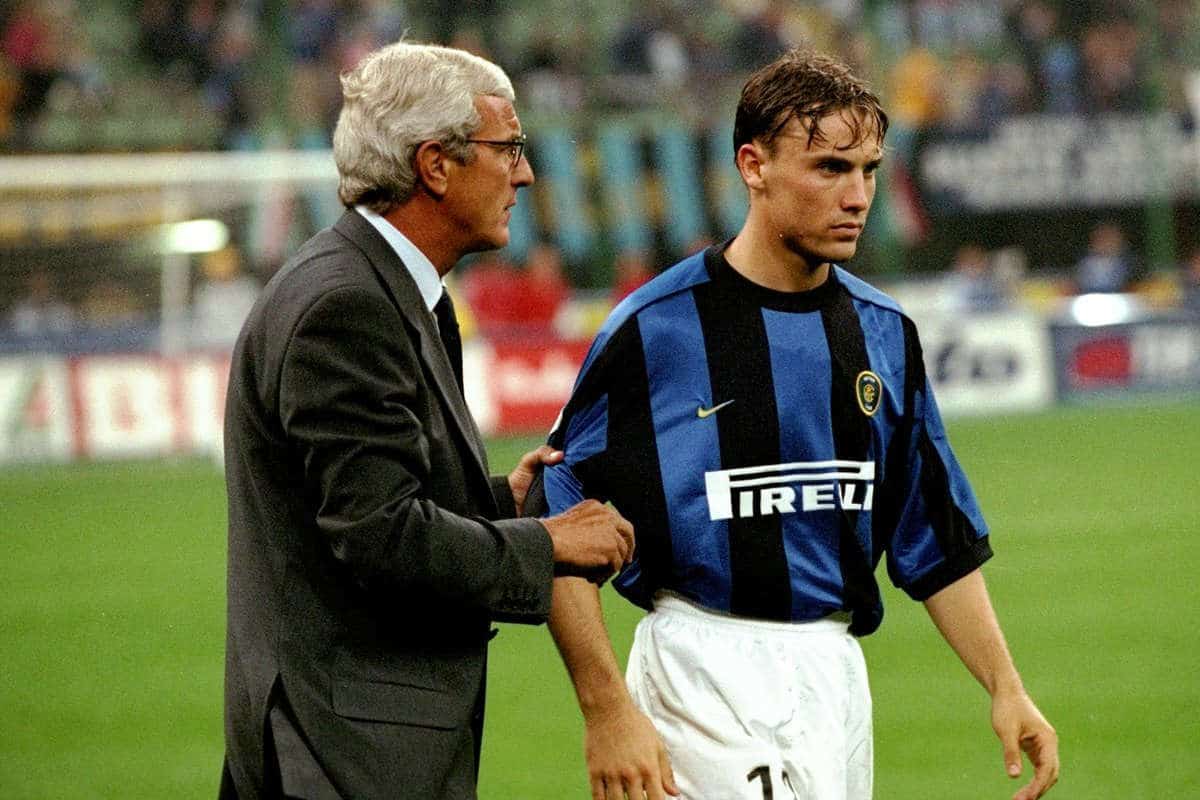 Sir Alex Ferguson was a fierce competitor and rarely overwhelmed, but he couldn’t help but purr when discussing Marcello Lippi. Writing in his book, Managing My Life, he stated that: “Marcello Lippi is one impressive man. Looking into his eyes is enough to tell you that you are dealing with somebody who is in command of himself and his professional domain.”

Lippi earned those words with an outstanding record as Juventus coach in the 1990s. During five years in charge, he led the club to their first Scudetto in nine years and led them to three successive Champions League finals while winning a further two league titles. These achievements were built on Lippi’s ability to forge a unit from a spectacular array of attacking talent — he made a cohesive front three out of Gianluca Vialli, Alessandro Del Piero and Fabrizio Ravanelli before finding room for Zinedine Zidane.

Lippi had another successful spell with Juventus between 2001 and 2003, in which he won another two Scudetti, before leading Italy to World Cup victory in 2006. 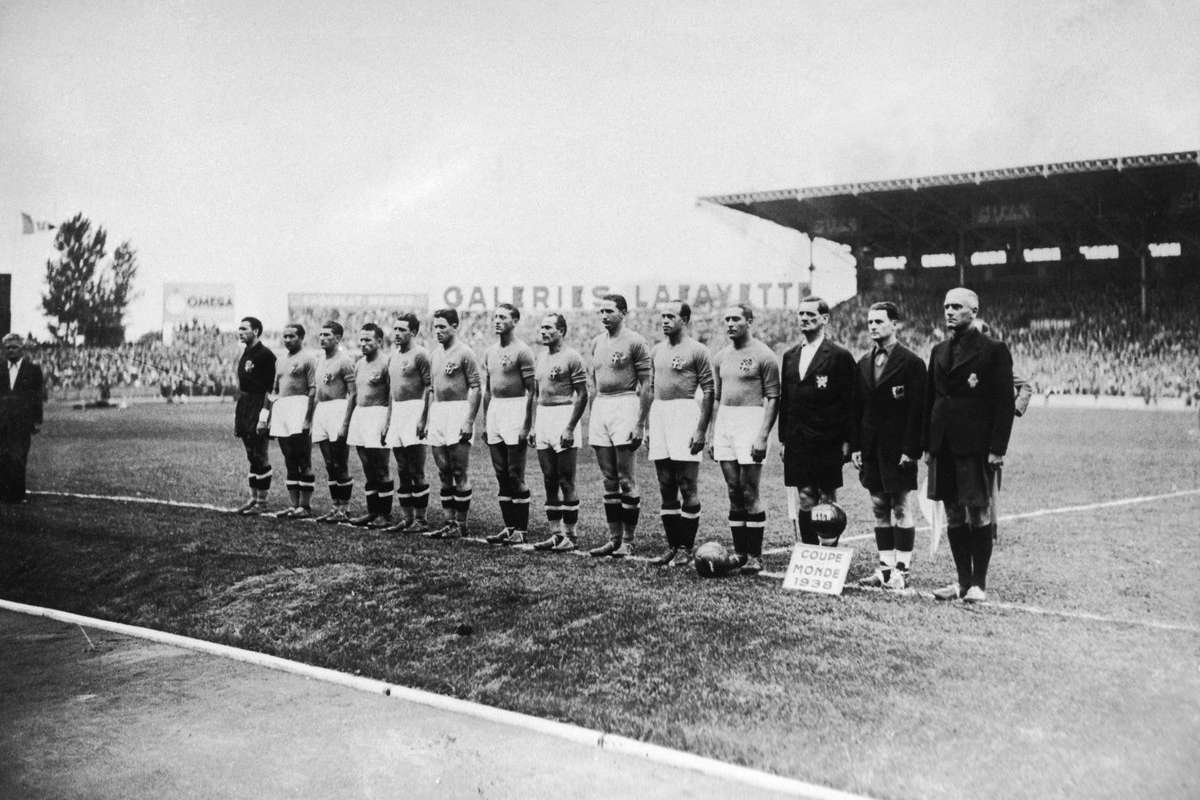 As a tactician, Vittorio Pozzo was an innovator. He developed what became known as the Metodo – a 2-3-2-3 shape that was seen as a precursor to the modern 4-3-3 – which allowed for two inside forwards to play between the half-backs and the front line. And, when it came to results, Pozzo was just as successful.

Using his favoured system while manager of the Italy national team, Pozzo led his country to their first ever piece of international silverware—the 1934 World Cup. He then repeated the feat in 1938 with wins over the likes of France, Brazil and Hungary. 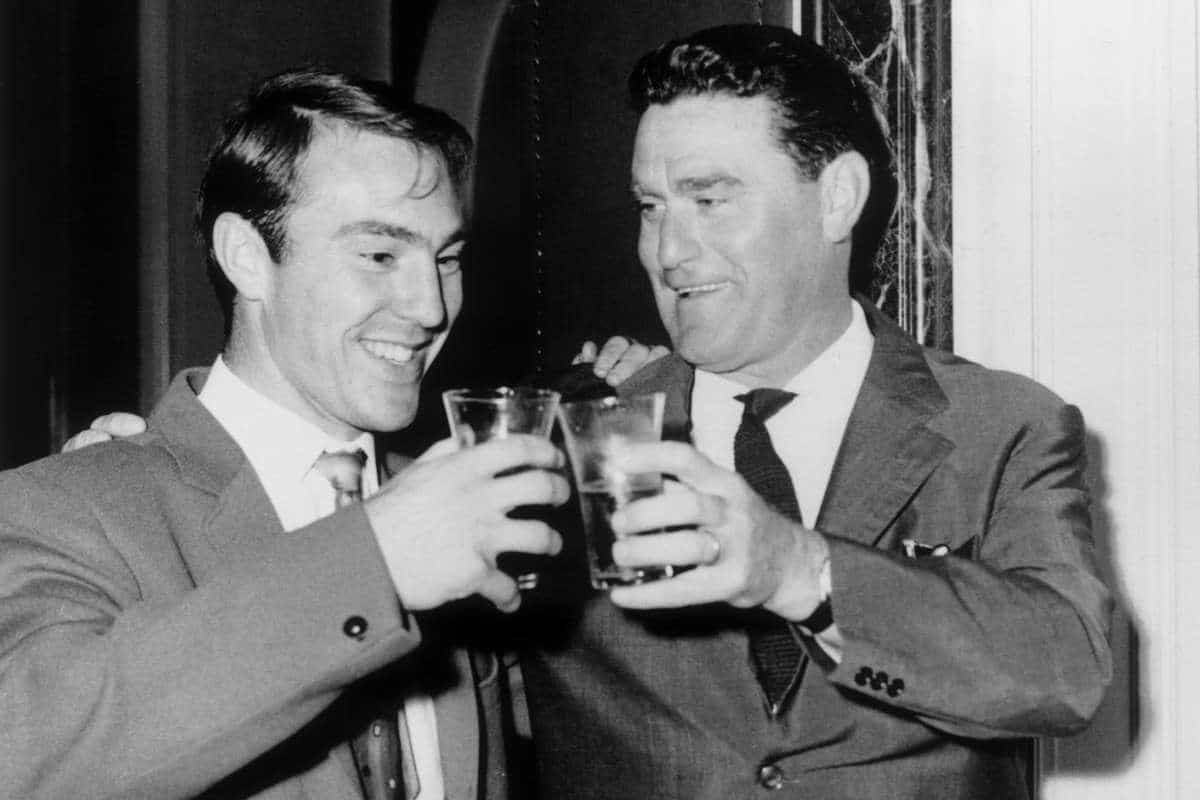 Catenaccio helped Italian football to dominate in Europe throughout much of the 1960s, but, due to its defence-first principles and rigid man-marking, it has always been viewed through a negative lens. Whether or not its rapid counter-attacking style was aesthetically pleasing, the results achieved by teams using the system cannot be questioned.

Nereo Rocco perfected Catenaccio, and in so doing won two league titles, three Italian cups, two UEFA Cup Winners’ Cups, two European Cups and one Intercontinental Cup. He did all of this while in charge of Milan, though he also led both Triestina and Padova to Serie A and enjoyed a positive time as Torino boss. 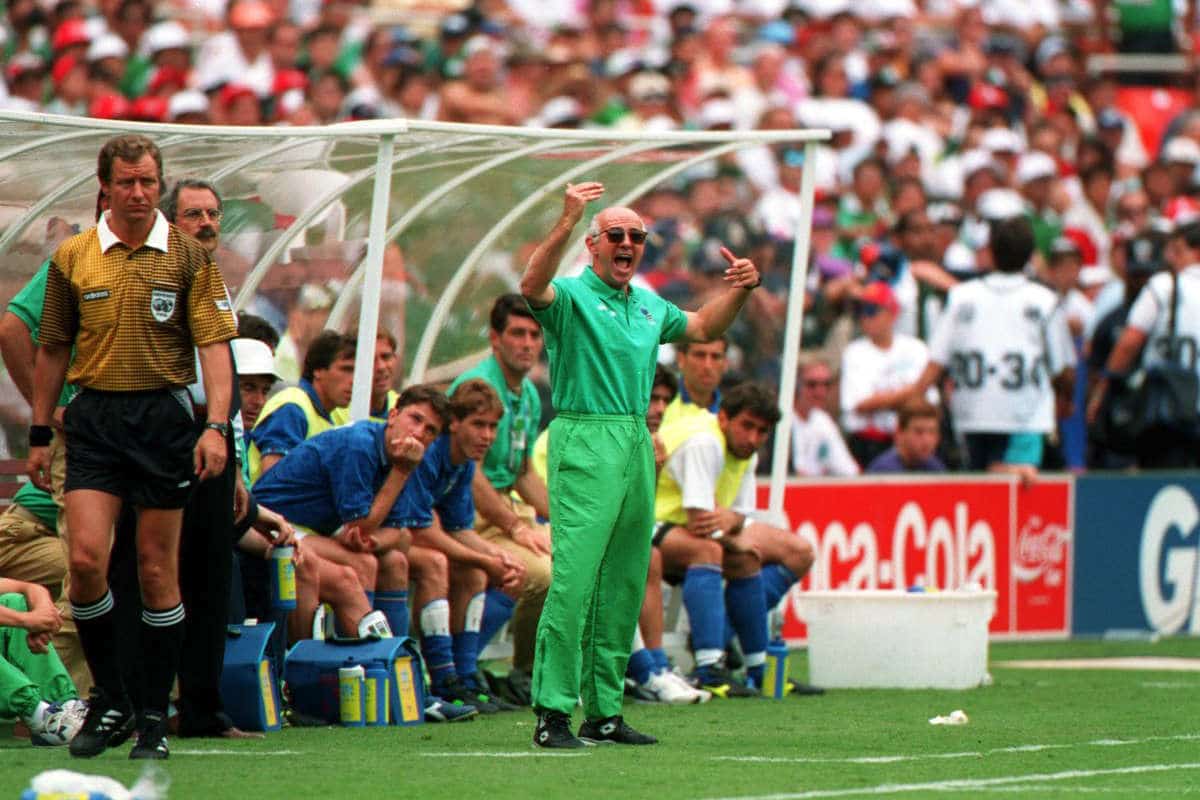 Regarded primarily for his revolutionising of Italian football tactics, Arrigo Sacchi brought zonal defence to a country that had, for decades, relied principally on either rigid man-marking or something very similar.

After defeating Milan as coach of Parma, who were then in Serie B, Silvio Berlusconi appointed Sacchi as Milan coach in 1987 and changed the course of footballing history. Sacchi was a relative unknown at the time due to his lack of a top-level playing career but, when questioned by the press as to his credentials, stated that: “I never realised that in order to become a jockey you have to have been a horse.”

Combining a mean back four of Mauro Tassotti, Franco Baresi, Alessandro Costacurta and Paolo Maldini with the elegance and inspiration of Dutch trio Frank Rijkaard, Ruud Gullit and Marco van Basten, Sacchi led Milan to consecutive European Cup victories in 1989 and 1990. No team since has retained the trophy. 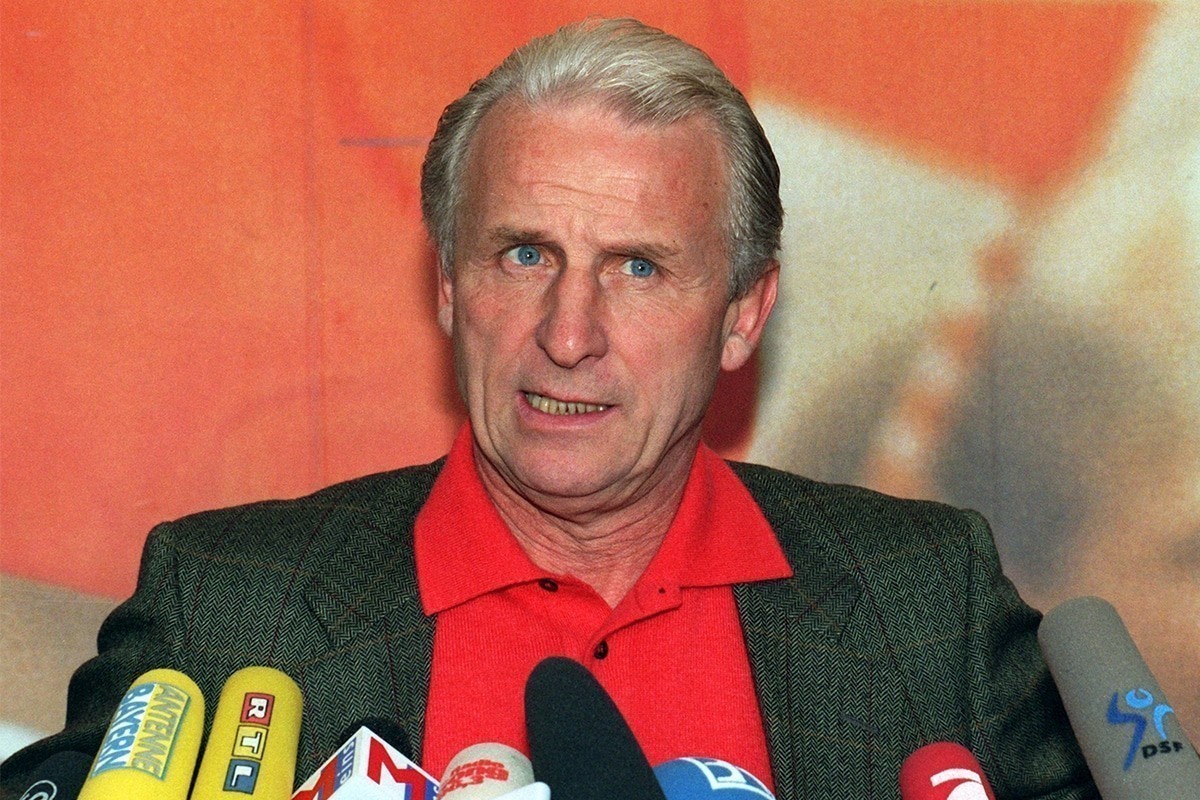 Arguably the most successful Italian manager of all time, Giovanni Trapattoni has won everything there is to win at club level. He won the Scudetto and the UEFA Cup with Inter in 1989 and 1991 respectively, the Bundesliga with Bayern Munich in 1997, and the Primeira Liga with Benfica in 2005. But, before all of that, he enjoyed an exceptional decade as Juventus head coach.

Trapattoni eventually returned to Juventus in the 1990s but was unable to revive the giant that had fallen following his departure in 1986.