After a goalless first leg this game promises to be a tense one; will either side win it? Find out with our Sheriff vs Zrinjski match preview with free tips, predictions and odds mentioned along the way.

Zrinjski Mostar have been a difficult team to beat; they have no losses in their last 25 matches in all competitions, with 20 wins and five draws. It's worth noting that Zrinjski have eight wins in their last 10 games away from home, with two draws. Similarly, Sheriff Tiraspol have not lost a lot of games recently; they are unbeaten in their last 11 matches, with eight wins and three draws. It's worth mentioning that these sides faced off last week, and they played out a goalless draw. With this in mind, we are making the prediction that this match will go into extra time.

Don't expect the goals to flow

To be fair, these teams have scored goals consistently over the course of their respective campaigns; however, they've also been very solid defensively. It's worth noting that Sheriff Tiraspol did not concede a single goal in their last three games; they allowed just one goal in their last five games. In like manner, Zrinjski kept three clean sheets in their last four games. We've mentioned that the reverse fixture of this tie ended goalless; considering Sheriff Tiraspol's last four games went below the 2.5 goal margin, this will likely be a low-scoring game.

Here are the key stats & form guide for Sheriff vs Zrinjski

Both of these teams arrive in this match in good form and they couldn't be separated in the first leg of this tie either. With this game also likely to be a tight fought encounter, it could come down to which side handle the occasion better – and it might go all the way to penalties as well!

Sheriff Tiraspol are coming off a goalless draw at Zrinjski; they've had an impressive run of form recently, with no losses in their last 11 matches. Sheriff Tiraspol will welcome Zrinjski to the Sheriff Stadium on Tuesday; they'll hope to advance to the next round with a win.

Zrinjski Mostar have not lost a single match since November last year; they've played 25 matches in that stretch, with 20 wins and five draws. Zrinjski Mostar will take on Sheriff Tiraspol in the second leg of their qualifying match, after a goalless draw in the reverse fixture; they'll look to extend their unbeaten run to 26 games.

A quickfire FAQ on Sheriff vs Zrinjski 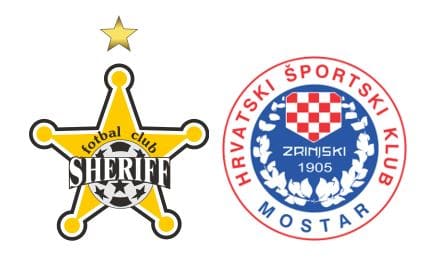