After only managing a draw in the Merseyside derby and losing heavily in midweek against Napoli, Klopp will be demanding a response from his players ahead of Saturday's Premier League clash at home to Wolves. The visitors haven't made the best of starts to the new season but would go level on points with Liverpool should they take home all 3pts from their trip to Anfield.

Liverpool have an excellent recent record against Wolves, picking up wins in each of the pair's last seven meetings. Three of Liverpool's last four wins against Wolves have been accompanied by a clean sheet, and this is how we expect Saturday's clash to go as well. The Reds have kept clean sheets in two of their last three league games, while Wolves have failed to score in three of their last five Premier League matches.

Luis Diaz has been one of the few bright sparks in an otherwise dull start to the season for Liverpool. The Colombian international has scored three goals in the opening six league games this season and is just one away from his entire total in the Premier League last season. We're backing Diaz to find the back of the net against Wolves this weekend and lead Liverpool to glory.

All you need to know about Liverpool vs Wolves

The Merseyside derby at Goodison Park last weekend might have ended goalless but it provided plenty of entertainment and incident. Both teams will feel like they could have won the game had it not been for some excellent displays in goal by Pickford and Alisson. Everton had a goal ruled out for a questionable offside, while both teams rattled the bar and post in what was a thrilling 0-0 draw.

Wolves played host to Southampton last time out where a solitary goal proved enough to decide the destination of all 3pts. The first-half looked like it was going to end goalless until Podence got on the end of a Nunes ball to fire Wolves in front in stoppage-time. Wolves had to defend manfully at time but in the end, they did enough to earn a 1-0 win over a hard-working Saints side.

Wolves: Chiquinho, Boubacar Traore, Raul Jimenez and Sasa Kalajdzic could all miss the trip to Merseyside this weekend. 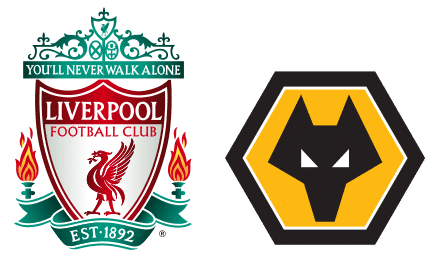