Wolves are climbing up the Premier League table and could even move ahead of the Toffees this weekend. Everton will be looking to respond at Molineux following one of their worst home performances in over a decade and it will be interesting to see how this game pans out.

Here are our predictions for Wolves vs Everton.

We're predicting goals on Monday night as five of the last six meetings between Wolves and Everton have produced over 2.5 goals. At least three goals have also been scored in three of Wolves' last five outings as well as in three of Everton's last six fixtures, so you can see why we're expecting goals in this game.

Both teams have scored in four of the last six league meetings between these two clubs and we're backing both teams to find the back of the net again on Monday. Four of Wolves' last five fixtures have ended with both teams scoring and three of Everton's last five matches have also produced goals at both ends of the pitch.

Hwang is the only Wolves player to have scored more than one goal in the Premier League this season and we're backing the South Korean international to find the back of the net against the Toffees. Hwang has scored four times in the league so far and his movement is bound to give the Everton defence plenty of issues, especially if Mina is unavailable for selection.

Can Everton bounce back from their humiliating defeat last weekend?

Wolves extended their unbeaten run to four games when they made the trip to Leeds last time out. A goal from Hwang in the 10th-minute looked to have sealed all 3pts for the visitors until Leeds were awarded a stoppage-time spot-kick which Raphinha converted to make it 1-1. Wolves are now up to 11th in the Premier League table after making a slow start to the new season under new management but now they seem t have a style of play that works for them.

Everton had never lost at home to Watford before last weekend but that record came tumbling down despite taking an early lead through Davies. Watford equalised but Richarlison put the Toffees back in front just after the hour mark and Everton looked like they might win the game. However, a shockingly bad final 12-minutes for the hosts allowed Watford to score four times and win the game 5-2, much to the disgust of the home fans who stayed behind to let their team know just what they thought about them.

Everton: Dominic Calvert-Lewin, Fabian Delph and Abdoulaye Doucoure won't make the trip to the Midlands, while Andre Gomes and Yerry Mina could return to the side. 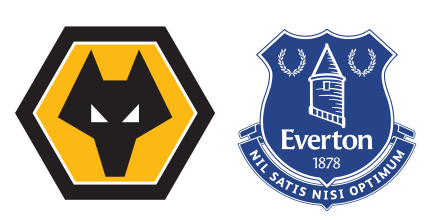