Burnley sit just a point behind Everton following their midweek win and have a great chance of moving out of the relegation zone this weekend. While Burnley host Wolves in the Premier League this Sunday, Everton are away at title-challenging Liverpool so even a draw could be enough to lift Jackson's men out of the bottom three.

Burnley have a good recent record against Wolves, picking up three wins and three draws from the pair's last six encounters in the Premier League. Add to that the home side's motivation for points compared to their guests and the fact they head into the game on the back of a home win against Southampton, and you will see just why we're backing Burnley to win on Sunday.

When these two sides meet they often produce low-scoring matches with five of their last seven head-to-heads in the Premier League ending with under 2.5 goals being scored. Fewer than three goals have also been scored in five of Burnley's and three of Wolves' last six outings in the league, adding further weight to our prediction for Sunday's match.

Everything you need to know about Burnley vs Wolves

Burnley picked up a huge result at home to Southampton in midweek and if they can continue to win at home, Jackson's men have a great chance of staying in the Premier League. Roberts put the home side in front with a long-range curling left-foot effort that would have been worthy of winning any football match. Teammate Collins forced home a second goal just before the break against a lackluster Southampton side. There were no more goals in the game and Burnley celebrated a home win, clean sheet and 3pts that move them to within touching distance of safety.

Wolves made the trip to Newcastle in their last league game, going down 1-0 to a second-half penalty from Chris Wood. Wolves till have plenty to play for this season as they sit in 8th-place as things stand, just 3pts behind West Ham. The visitors have a strong defence but don't always offer enough going forward in matches, but they do welcome back Jiminez following a suspension which will give them a target to aim for in the final third.

Burnley: Gudmundsson, Westwood, Pieters and Mee are all unavailable due to injury. 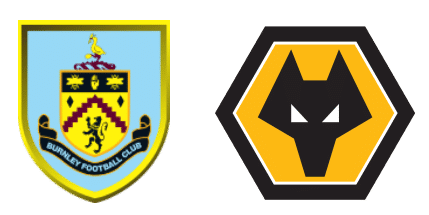